The Whites are back from another vacation! Doesn't it seem like we go on vacation a lot?! It occured to us this weekend that we've now gone on vacation three months in a row. We didn't really plan it that way, it just sort of happened. (And I'm warning you now, this blog post is going to be LOONG! I have all sorts of things to talk about!)

A few weeks ago I was bored and browsing Craigslist. I love Craigslist, you never know what you're going to find there. In my browsing I happened to come across a listing for a cabin rental in the mountains about 90 miles from here. There's literally nothing I love more than renting a cabin in the woods. We do it a few times a year and we love it. Anyway, this listing was for an absolutely AMAZING cabin for a ridiculously low price. Renting cabins isn't cheap, so I'm always on the lookout for a deal. The place that this cabin is located is a great place for skiing in the winter and a great place for boating in the summer, but there's not a whole lot going on there in the fall, so the people that rent out that cabin totally slashed the price for the month of October and it was just too good to pass up so we jumped on it.

I love love looove being up in the mountains. I love nature, I love wildlife, I love being in the middle of nowhere and I absolutely LOVE fall, so a trip like this is pretty exciting for me! We packed up Thursday morning and took the beautiful drive into the mountains to the cabin.

In case you've never been to Idaho, let me just say, Idaho is a beautiful place to live. We live in a medium sized city, so we have all the benefits of city life and then we can also hop in the car and be up in the amazingly beautiful mountains in under an hour. The mountains here are beautiful all year, but in the fall it's absolutely spectacular. I don't know why people tend not to visit that area in the fall, because they're seriously missing out on some amazing scenery.

The cabin we stayed at was really great. It was totally in the middle of nowhere, which we love, and we had a really great weekend doing some family bonding.

Here's the view out of the back of our cabin: 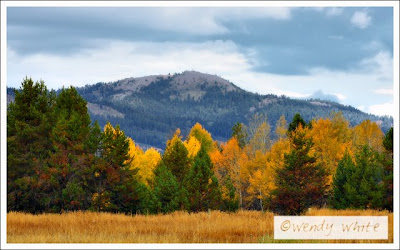 Before we went, the people that own the cabin told us to be sure to bring our bikes because they had a bike trail behind the cabin. That brought up a really good opportunity for us, because we've been trying to teach Josh to ride a bike for...oh, about four years now.


Let me just say this about Josh. That kid is amazing. He's freakishly smart, he taught himself to read when he was three, wrote his autobiography when he was six (seriously!) and he's just a wonderful, funny, sweet kid. But when it comes to outdoor sports or anything that requires a lot of coordination, the poor kid really struggles. He's had a bike for years and we've tried everything we can think of to teach him to ride it, but he's struggled with it more than anyone I've ever seen in my life. Every summer we start out determined that this is going to be the year, but it always ends up in a lot of frustration and the bike eventually goes back in the garage.

So we thought that this weekend, while we were out in the middle of nowhere with no distractions, it just might be the perfect time to get the bike back out and give it another try. Part of Josh's problem is that he's afraid to practice on cement because he's afraid he's going to fall and get hurt. Well the cabin we stayed at had a big flat area that was basically dirt and short weeds and it was the perfect place to practice. Once he realized that if he fell he was only going to fall in the dirt, he was a lot less worried.

It breaks my heart to see how much he struggles with it, but he was more determined than ever this weekend not to give up.

Shawn ran along behind him while Matthew and I cheered him on. Over and over he fell down and over and over he got back up and tried again. And to his surprise it finally started to click! And since my camera is practically glued to my hand, of course I got photos of the momentous occasion! :)

It's exciting to see how proud he is of himself. For most kids, learning to ride a bike is something that takes a few days of practice, but I'm not kidding when I say that Josh has been trying to learn for years. I think we were all starting to wonder if it was ever going to happen! He's a determined kid though. When he puts his mind to something, he gets it done, even if it's hard.

So we had a really good time watching him learn and cheering him on. He's still got some practice to do, he's still working on steering, but for the very first time he's able to get on a bike, push off and ride short distances without help. I couldn't possibly be more proud of him. I don't think any of us will forget this weekend, cheering Josh on while he finally learned to ride his bike. It was one of those priceless memories that will always stay in my heart.

We also had more fun adventures on our trip! We've rented cabins in the mountains many times, but this cabin was in a different area than we usually spend our time in. And what I discovered was that all this time I've been missing the very best bird watching in the whole state! I can't believe all the amazing birds I saw while we were there! Most of the birds we get in Boise are brown. I see finches and robins and things like that all the time. They're pretty and I love them, but I'm bored of brown birds. I'm always on the lookout for rare or colorful birds. I found both on this trip!

On our way there I saw a flash of blue on the side of the road so I screamed at Shawn to stop the car. You would think something like that would scare him, but by now he's used to me suddenly screaming at him to stop the car when I see something possibly photographic on the side of the road. It doesn't phase him anymore. My whole family is used to taking unexpected detours on roadtrips so that I can get out and take pictures. Anyway, I got out of the car and I could see bluejays in a tree!! Bluejays are pretty rare in Idaho, so getting to see one is pretty cool! I could see them, but not well enough to get a picture of them, unfortunately. I was on the side of the highway, for one thing. With semi trucks speeding past me, it wasn't exactly a spot condusive to complicated photography. So you'll just have to take my word for it, I saw bluejays! :)

Ten minutes later I was screaming at Shawn to stop again. There was a hawk on a fence post! There are quite a few hawks in Idaho and I occasionally see one flying overhead, but I rarely get to get a good look at one. They're absolutely gorgeous birds, one of my favorites. Unfortunately the hawk flew away just as I tried to take it's picture and I was so bummed that I missed it, but two minutes later we saw another one...and another one...and eventually six more! For some reason there were a ton of them hanging out on the fence posts on the side of the highway. That's a pretty rare sight! So after making Shawn stop a million times when I spotted one, I finally did manage a photo that I'm really happy with! Isn't this a stunning bird?! I love it. 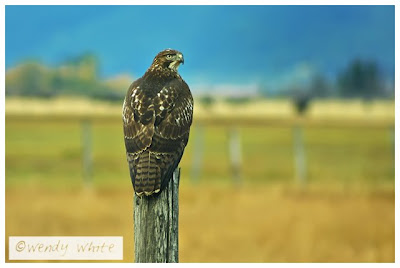 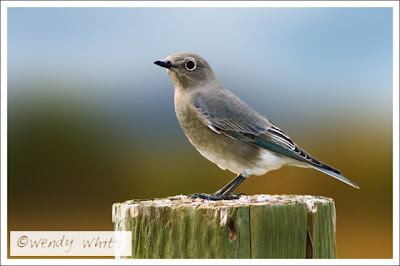 Then when we got to the cabin I was in the for another surprise! Bluebirds!!! Mountain bluebirds are the state bird of Idaho, but I've lived in Idaho my entire life and I've never actually seen one, so I was SUPER excited to see a whole tree full of them right behind our cabin! You should have seen me out there, stalking blue birds. They don't tend to stay in one place very long and they weren't really very excited about me following them around, so getting a good photo of one was really next to impossible. Many many MANY failed tries later, I had sucess! This is a female though, and isn't nearly as striking as the males. The males are super bright blue, but in true male fashion they weren't about to stop and pose for photos. :)

While I was stalking bluebirds, I also came across this pretty bird, but I haven't had the time to identify it yet. I'm thinking maybe some type of chickadee or something? Does anyone know what this is? 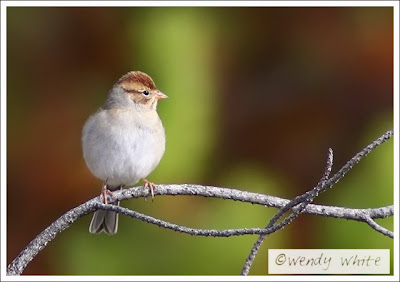 So we taught Josh to ride a bike, I saw some beautiful birds (and we also saw a deer!), we took some beautiful drives along a gorgeous lake, and it was a great weekend. On Saturday it poured rain for a while and we all curled up on the couch and watched The Goonies and ate popcorn. I love that movie, it's a total classic from my childhood, so it was fun to watch it with the kids. I still remember seeing that movie in the theater for the first time and I'm pretty sure that I wasn't much older than Josh!


We were actually supposed to come home yesterday morning, but we were all having so much fun that we called the owner and asked him if we could stay one more night. I'm pretty sure that we'd still be there now if the kids didn't have to go to school and Shawn didn't have to go back to work. No one really wanted to leave!


So I think that's all of our adventures in the mountains. There was bike riding, bird watching, Wii tournaments, movie watching, popcorn eating, scenic driving and lots and lots of family bonding. Life just doesn't get any better than that!

And being the momarazzi that I am, I took a million pictures of the kids, so I will leave you with photos of the two sweetest faces in the world. :) 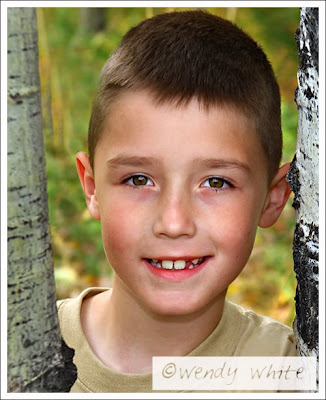 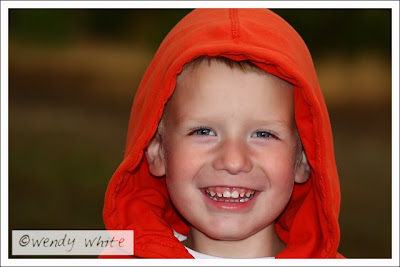 Sounds like you guys had a great time Wendy! I love the types of vacations you take, basement vacay and cabin vacay are the very best kinds! Woohoo for Josh and his bike!! Those bird pictures are great, and, Goonies was a HUGE favorite in my house growing up.'Hey you guys...' Love it.