Yay for today!! :) After several failed attempts to go out and do a fun family activity, we finally succeeded today!

When the boys were younger we used to love to look at a map, find the most obscure out of the way place we could find and drive there. We could fill entire Saturdays driving to the middle of nowhere and it was always really fun.

Then life got busy and I think we felt like we'd seen every single out of the way place in this part of the state and we kind of quit doing it. We've missed it and we've been saying that we needed to do it again.

So Shawn went online and did some Google searching and found a new out of the way place for us to visit and this morning we were off on an adventure.

First of all, it was raining this morning. We all needed out of the house REALLY bad, so we decided that we were going, rain or not. Shawn kept saying that the weather channel said that it was only supposed to rain until noon, so we kept joking all morning that it had better stop raining at exactly noon. Every time I would say that I was worried about it raining on us all day Shawn would say "Nope, it's going to stop raining at noon, remember?" It was a joke all morning.

Two minutes before noon it was still raining and I was teasing him that the weather channel had it wrong, and he said "just wait!" and I said "wouldn't it be funny if it stopped raining at exactly noon?"

We live in Boise, and Boise is basically a medium sized city surrounded by absolutely nothing. You have to drive at least five hours in any direction to get to another big city. Portland is six hours in one direction and Salt Lake is five hours in the other direction. In between all of that there is nothing but tiny towns, mountains and farm land. It's beautiful, it's just pretty deserted and it makes day trips hard because there's not really anything super exciting that you can drive to in a day.

So that's why we do these little car trips. We like to seek out quirky little places that no one knows about and just see what's there. Today's trip was super quirky and seriously fun!

We drove about an hour to a little middle of nowhere place called Walters Ferry. You can't really even call it a town, it's more like a convience store and a boat ramp. It's right on the Snake River and a long time ago they used to have a ferry there to get people from one side of the Snake River to the other before there were bridges in the area.

We've actually driven past it before on our way to another road trip but we didn't know that there was a hidden quirky gem there until today!

Behind the convience store down a little road is the Swayne Museum. Honestly, I never really even got the story of what this place is, but it's weird and quirky and SO COOL!

From what I could gather, it used to be the home of a couple who started putting out statues and lawn ornaments on their property and eventually walking paths, and over the years it has grown and the Swaynes are both dead now but it has been kept up as an outdoor museum of sorts.

You pull into the gravel parking lot and immediately see peacocks walking all over the place. I love birds and these peacocks are obviously used to being around people. We enjoyed chasing them around. You start on a walking path that is lined with all sorts of weird, quirky items. Bird houses, religious statues, lawn ornaments, cute signs with sayings on them...it's all random and a little strange, but fun to look at. The walking path goes on a really long way and it's a beautiful walk. It's super quiet and peaceful and there are trees and a stream and wildlife all around. We saw a wild rabbit hop off into the brush! It ends up being a nice little hike if you walk through the whole thing.

Quite a bit of the first part of the walk is religiously themed. There are statues of Christ and bible quotes, and a little tiny "church" where you can go in and pray...it's interesting. Off to one side is a little meditation garden area that I LOVED. There is a little bubbling pond surrounded by trees and there are more statues to look at and little benches that you can sit on and enjoy the peace and quiet. I could have sat there all day, it was beautiful.

The path eventually makes a loop and you start back towards the entrance and there are all kinds of other neat statues and things to look at. You also walk along the Snake River on that side and it's beautiful. The whole place is very serene. We looked at the statues, enjoyed the river, did some bird watching (we saw a falcon land on a pole!!), and really had a great time.

You eventually get back to the entrance area and you're back to where the peacocks are. They also have some roosters and chickens in pens. The peacocks are walking all over the place. They even had pure white peacocks, which I had never seen before! They were really beautiful. They also had some old little buildings there that I don't think you can go in and I'm not sure what they were but they were intersting to look at.

We spent quite a while there, enjoying the wildlife, looking at the statues, and enjoying the walk. I can't remember the last time I had so much fun.

I grew up in a fairly rural area and I grew up camping and fishing and hiking. I pretty much spent my entire childhood outside and I loved it. I was such a tomboy when I was a kid. We live smack in the middle of the suburbs now and I miss being in a rural setting. I love being outside in the forest, surrounded by trees and birds and water. On a daily basis my mind is always full of a million different things and when I get a chance to do something like we did today and just be outside in nature it's like my brain is finally quiet. It feels like home to me. It's comforting and peaceful.

I also took my camera and shot some art photography for the first time in ages. Lately it seems like the only time I get my camera out is to try to get pictures of the kids. I've been too busy to just go outside and take pictures of random things for fun, which is something I always used to do to relieve stress. I started doing photography when I was going through a rough period of my life and I found that it's super calming to me. I had forgotten how much I love it! I took a ton of pictures today.

So what I'm trying to say is that between the nature, the photography and spending time with my family, I pretty much had the best day ever. :) I hated to leave that strange little museum. I think we all did. Here are some photos I took at the museum: 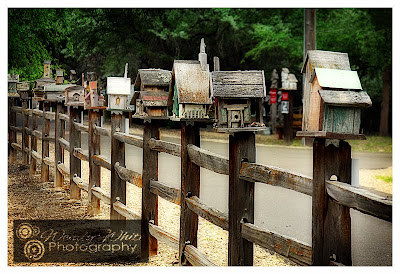 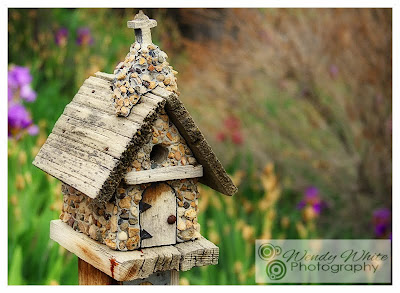 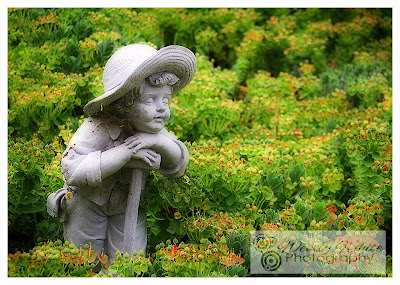 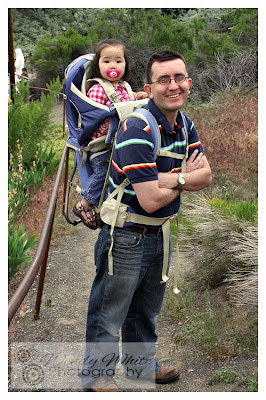 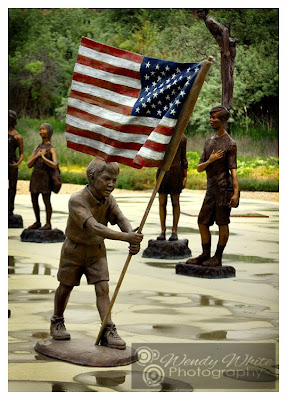 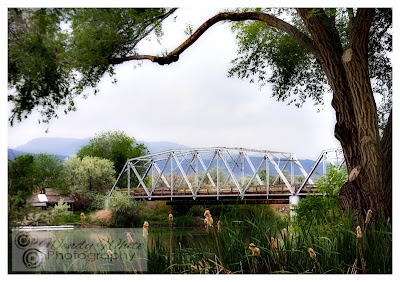 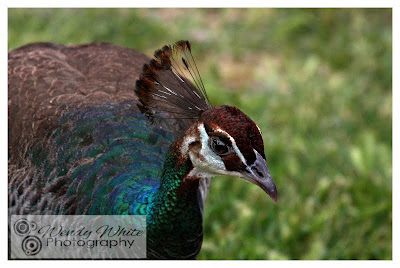 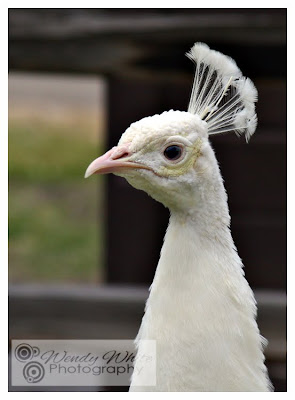 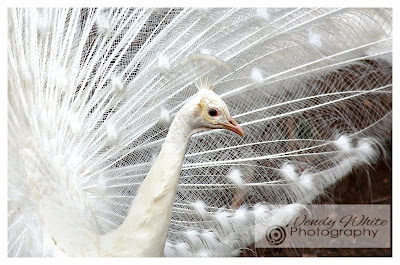 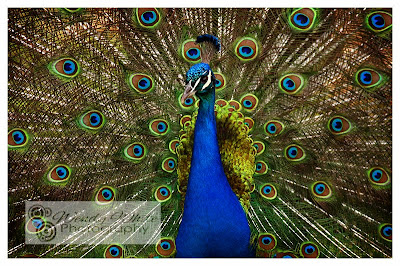 We eventually did leave the museum and we started part two of our adventure. We were off to find Map Rock! Map Rock is an obscure little piece of Idaho history. It's basically a big boulder that has a bunch of carvings in it that were apparently done by Indians hundreds or thousands of years ago. We thought that would be cool to see and it's not far from the museum so we went off in search of Map Rock.

It wasn't hard to find the road where Map Rock was located but we had a heck of a time finding the rock! The road winds along the Snake River and it's beautiful. It's also lined with lots of rocks and boulders. We figured that Map Rock would have obvious signage pointing it out. Yeah...not so much. There was a sign for Map Rock campground, but we drove through there and didn't see any fancy rocks. We continued down the road farther and still didn't see anything.

Finally, when we were just about to give up we saw a big rock on the side of the road that had the remnants of a wooden sign next to it, but the sign didn't have anything on it. We thought maybe that was it, and it was. Seriously, you would think that such a neat part of Indian history would have more fanfare, but it was literally just a boulder on the side of the road that looked pretty much like the rest of the boulders we passed.

When you get close to it you can see the lines and pictures scratched into it though and it's actually pretty cool. Unfortunately when we were there the rock was wet from the rain earlier and I think the scratches were harder to see than they would have been if it had been dry. I looked at photos of the rock on the internet and it looked way cooler than what we saw. When it's dry you can see what looks to be a map carved into it (thus the name) and also some drawings of animals and other things. What we saw were some lines and squiggles. Still cool.

Here are a couple of photos of the rock: 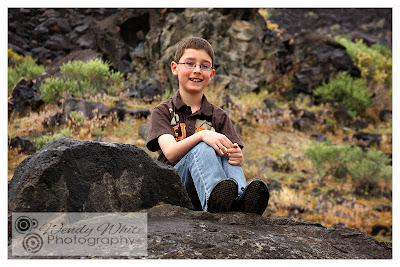 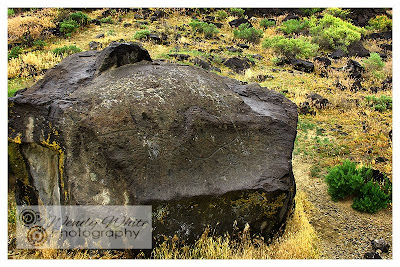 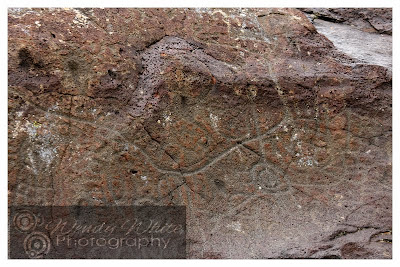 After that little stop we were back on the road. We ended up driving to another tiny town and having lunch at a cute little restaurant and we stopped to admire another hidden Idaho gem-Lizard butte. It's a mountain that looks like a lizard is laying on it. Its really does! :)

After that we were all pretty tired from the day and we headed home. It was quite a drive through rural Idaho but we all had a really great time.

We came home and relaxed this evening and I've had a good time going through the pictures I took. I didn't realize how badly I needed a day out like this until I got home and realized how much less stressed I am. I really needed to get away for the day and spend time with the kids and get some fresh air. Now that it's getting warm outside I think this is going to be the first of many more exciting adventures to come! :)
Posted by Wendy at 7:38 PM

Sounds like a great day! Love the photos, especially the first one of the birdhouses :-)

Sounds so fun! That white peacock is absolutely beautiful!