We're having a fun Halloween weekend at our house! Friday afternoon the kids put their costumes on and we went trick or treating at Shawn's pharmacy, which is kind of a tradition. His coworkers spoil the kids on Halloween, it's always really fun for everyone. Then that night we went to a really fun Halloween party at the kids taekwondo school. It was for all the taekwondo students and their families and there were a ton of people there! We ate lots of food, the kids played games, there was a costume contest (our boys were finalists in their hanboks, but didn't win) and we all had a great time. It was a really great night, Master Lee and his wife put a lot of work into that fun event.

Saturday morning we attempted to go to Boo At The Zoo, which is a fun event at the zoo, but when we got over there I think every single person in the entire city was packed into the zoo, there was no place to park and it really didn't look like it was going to be that fun with so many people so we changed our minds and headed home to do other fun family things instead.

We were actually going to go to a Halloween party at our church in the evening, but I've got some sort of stomach virus and Clarissa wasn't really in the mood to go out so we voted to stay home instead and have a fun family movie night. We ordered pizza, let the kids eat way too much candy and we watched scary movies (well, kid friendly scary movies!). It was really fun, I'm kind of glad that we decided to do that instead.

Today we've continued the party and we've had a fun watching more movies and spending time together. We let the kids watch Ghostbusters today, which was fun. I absolutely love to watch movies from my childhood with them. We've had a good time.

It's been fun spreading the holiday out for a few days. I'll be kind of bummed tomorrow when the kids go back to school and life goes back to normal. It's been a nice weekend.

With Halloween being on a Sunday there isn't going to be a lot of door to door trick or treating going on this year, so we didn't get very elaborate with the kids costumes. The boys decided to wear their hanboks to the party they had the other night and I dressed Clarissa in the cute ladybug costume she wore last year. It was a little too big for her last year but it looked super cute on her this year! She didn't cooperate for many pictures but here are a few. She was pretty proud of her costume, she didn't want to take it off! :) 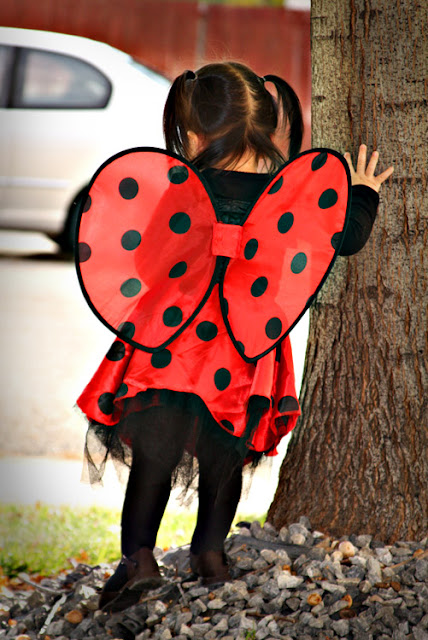 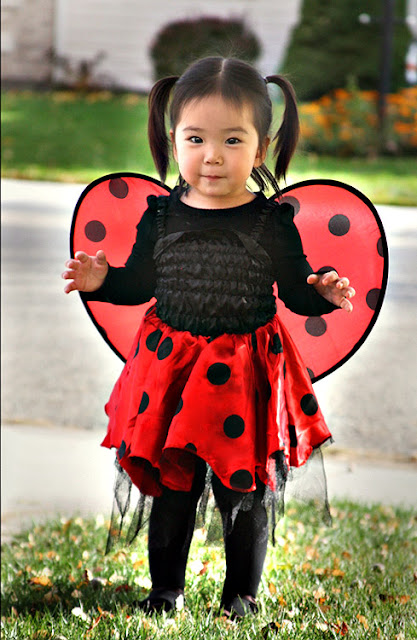