We had a photo shoot with Clarissa today! I've been meaning to take her out for a photo shoot for a while but frankly, it is so hard to get pictures of such a quickly moving target that I've kind of been putting it off. Taking pictures of Clarissa is not an easy task, which is why you so rarely see them on my blog. :) I love that child dearly, but sitting still is not a skill she has mastered, lol.

But today Shawn had a day off and we decided to use the opportunity to finally get some pictures taken while the boys were at school. After spending the morning driving around town looking for the perfect picture outfit for Clarissa we found it in a super cute childrens boutique. Seriously, that place is like a big dress up closet. We had a really good time there and the woman who runs the place got our contact info because she occasionally needs models for fashion shows. Clarissa loves clothes. She'd be all over that.

Once we had the cute outfit purchased we drove around looking for a good spot to take pictures. We finally ended up in the nature park we love and it ended up being perfect. Clarissa had a really good time running around and trying her hardest to avoid having her picture taken. It takes a miracle to get that kid to look at the camera! We have to pull out every trick in the book to get her to cooperate. She looks cranky in half the pictures. She wasn't cranky, she was actually having a good time. She was just doing her best to ignore me and my obnoxious camera. It''s her "I'm ignoring you and the more you beg me to look at you and smile the more I'm going to ignore you" look.
I took a ton of pictures and I'm still going through them and pulling out my favorites, but here are a few of the ones I like so far. I'm pretty happy with them! Tomorrow we're going to go back out and take pictures of the boys. It is WAY easier to get pictures of them! Josh got new glasses yesterday so he's excited to have his picture taken in them. I'll post those pictures when I get them finished this weekend! 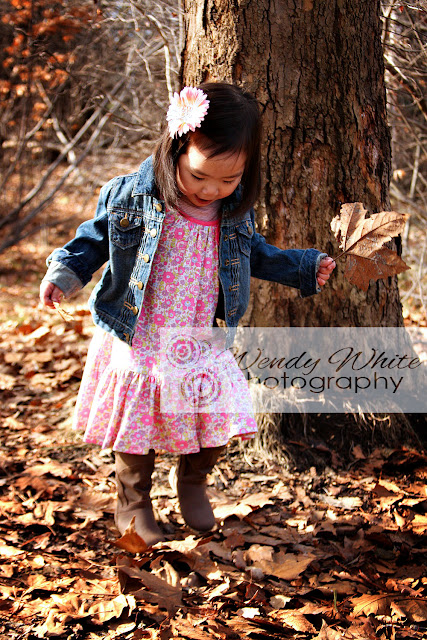 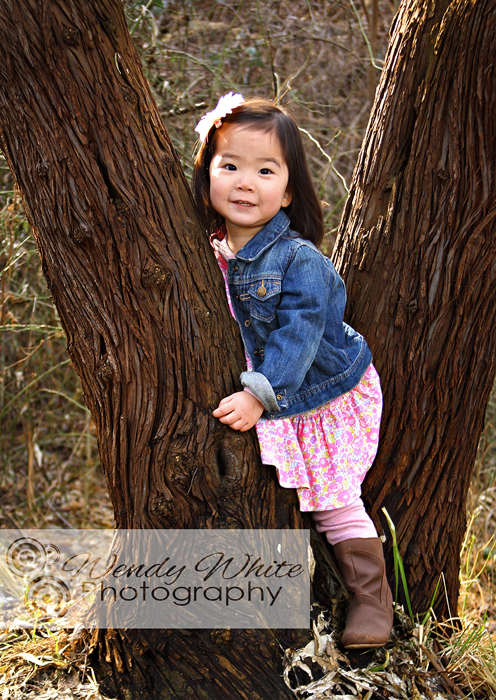 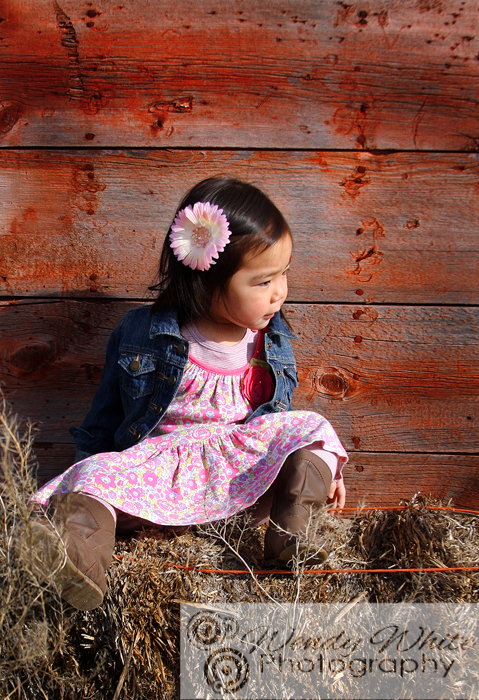 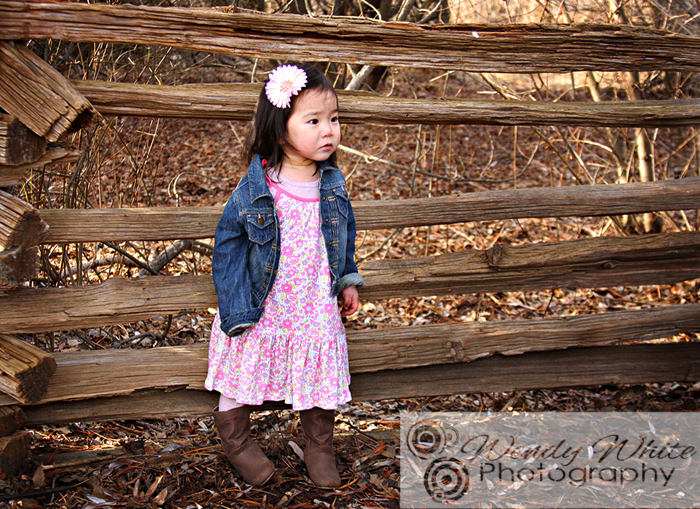 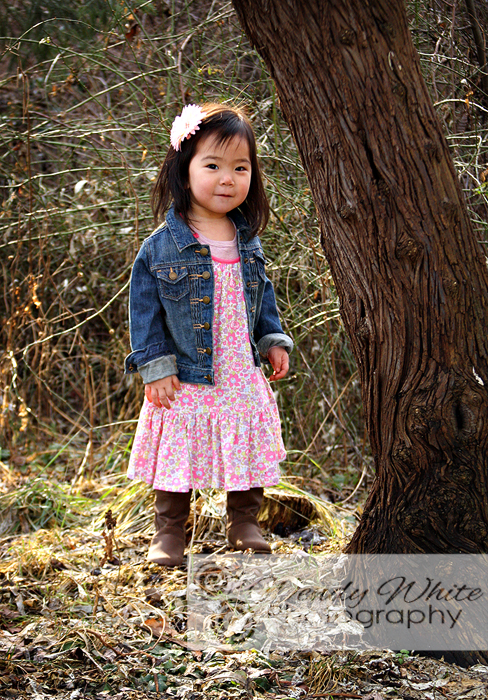 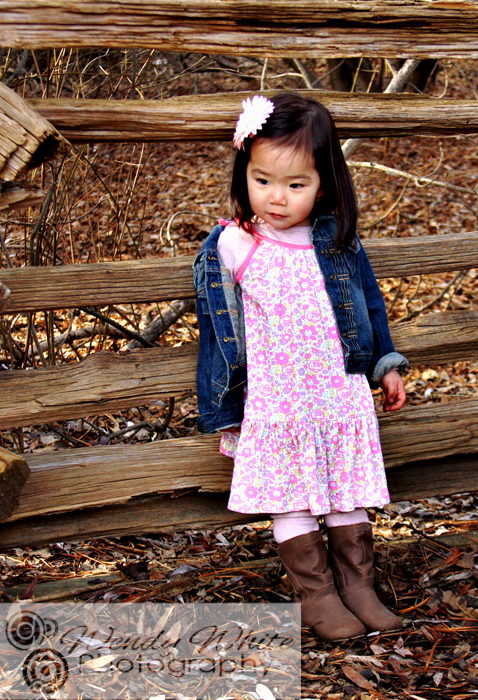 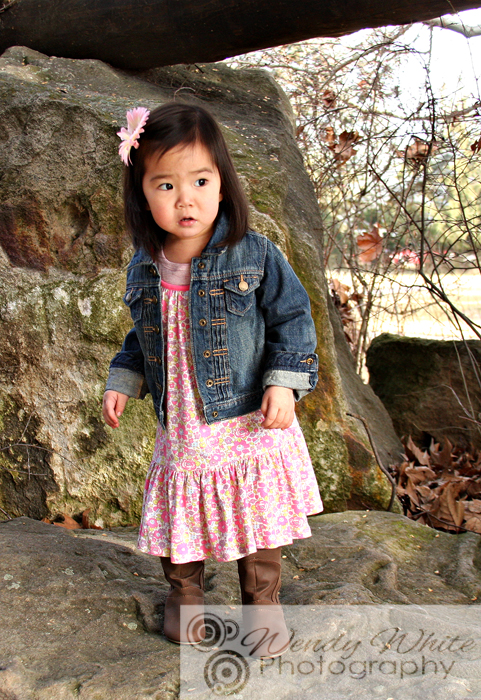 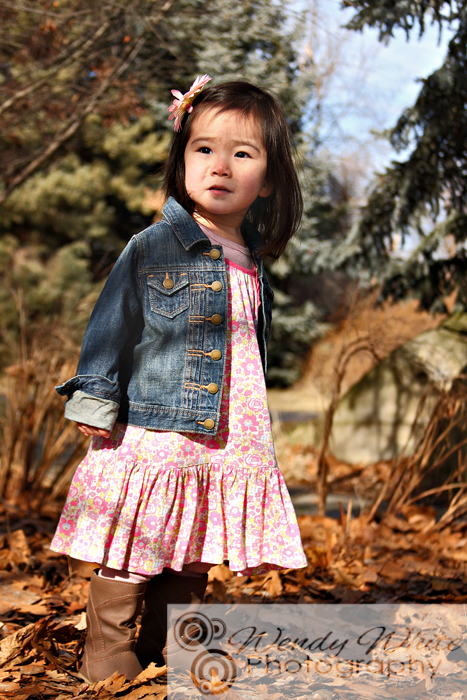 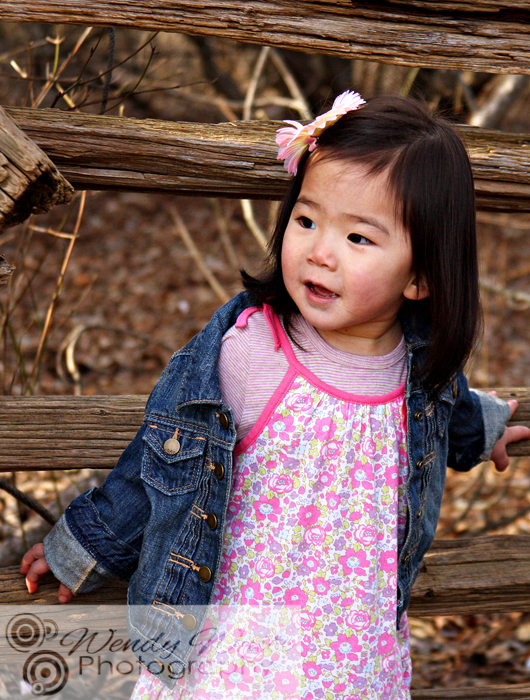 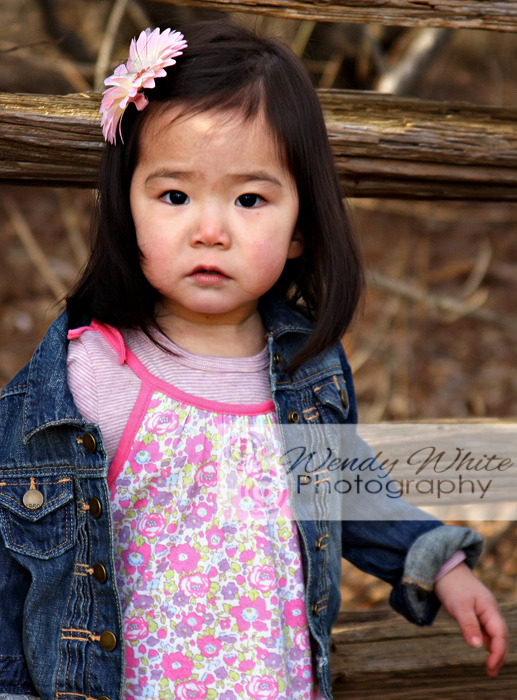 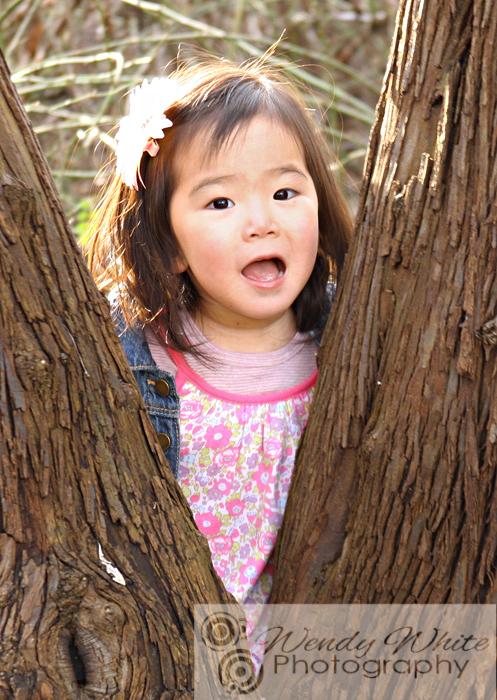 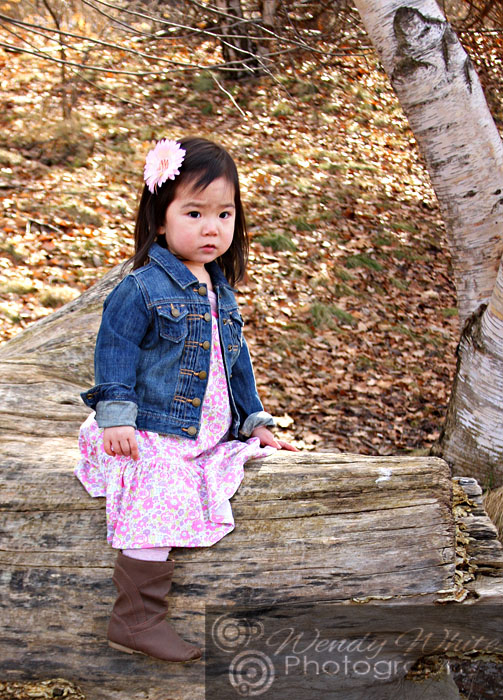 Wendy, they are BEAUTIFUL!!!! I can't believe how grown up Clarissa is!

She's so adorable Wendy!! And your photography skills are still rockin' :)

I'm so glad you have your happy family!

She is SO stinkin'cute! And those pictures are wonderful - even the serious ones!

I wish you were closer to take pics of my kids! You do an amazing job! Pretty easy when you have a gorgeous model!

Clarissa is so cute! I have seen the cute dress at the store "Cassis" downtown. It's a great store and I shop there often. You have great photos of your daughter!