Today it has been officially 11 years since I became a mother. I can't believe my little baby is eleven years old! He set his alarm for 1:20 this morning so that he could watch himself turn 11. I love that kid.

In honor of Josh's birthday, here are 10 things I love about him:

1. Josh taught himself to read at three and by the time he was six had written a 20 page autobiography (seriously!). That kid is crazy smart and I love watching him learn.

2. Josh loves to write stories and draw comics. He wants to be a writer when he grows up, which makes me smile because that's exactly what I wanted to be when I was his age.

3. Josh is a fantastic brother! He and Matthew are best friends and I worried about how bringing another child into our home would change the dynamic around here, but he fell in love with Clarissa from the moment he first saw her at the airport. He was the first one to get her to smile and he still makes her laugh every day. He's amazing with little kids. He's going to be a great dad someday.

4. Josh has a great sense of humor. He's the family clown!

5. Josh is extremely compassionate. I love how soft hearted he is.

6. He's awesome at taekwondo! When he first started he was not very coordinated or flexible and really struggled. A year later he can kick his leg over his head and you should see that kid jump! He has worked so hard and he has amazed me at how much he has improved.

7. Several months ago our church asked the children for volunteers to start a childrens choir that would sing one Sunday a month at a retirement home. Josh was one of the only boys that volunteered and he spends one Sunday morning a month sitting through an extra church service so he can sing in the choir. He didn't get his talent from his parents but that kid can sing!

8. Josh's first word when he was a baby was hi. Every time we went out in public he would wave and say hello to everyone and everyone would stop and talk to him. He still loves to talk to people. Sometimes I have to beg him to STOP talking to people, lol.

9. That kid knows his way around a computer like no one else. He makes the most awesome movies and videos that crack us up.

10. He loves Legos and builds really creative things with them. I'm always excited to see what he's going to come up with next!

Ok, so there are 10 things I love about Josh. My pictures of the day are actually really not that great, but I'm in a big hurry so it's all I've got. We're on our way to a friends house to have a Cinco de Mayo party with birthday cake for desert. I'm going to get better pictures of Josh and the cake and everything at the party but It's going to be a busy night and may not have time to post them. So in the interest of getting a blog post done for my photo challenge, you're just going to have to make do with the two picture I snapped really quickly. I may post more if I get home in time tonight.

Happy birthday to my sweet eleven year old! I can't believe how fast he's growing up!! 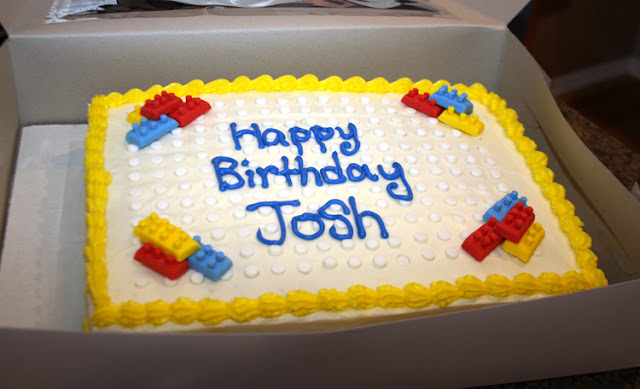 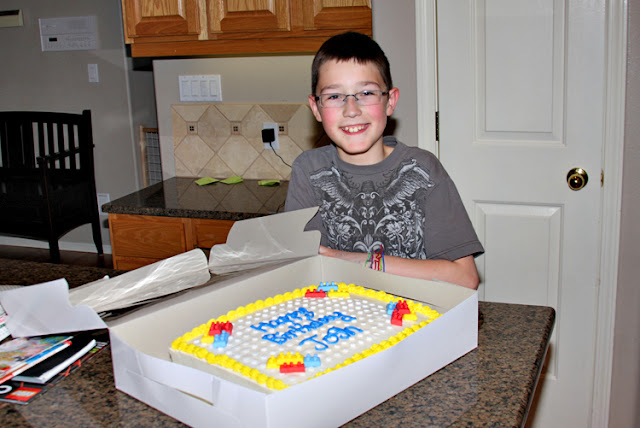