After a stressful morning getting Matthew to school, he started his first day of third grade today! Because our elementary school is on a year round schedule and the middle school is on a traditional schedule, Josh still has another week of summer vacation before he goes back. So we get to do the first day of school twice this year!

Matthew normally rides the bus but I like to take them on their first day so this morning I drove him to school. We left with what we thought was plenty of time to spare and the school is only a few miles up the road, but when we got to the intersection near the school we discovered that some genius had decided to close the road today to start a road construction project and we had to take a huge detour.  We ended up having to go miles out of our way to get to school and the detour caused a big backup of all the people trying to drive their kids to school on the first day and we ended up sitting in traffic forever. We were still sitting in traffic at 9:05, which is when school starts. I wasn't too worried, because half the school was stuck in traffic with us.

We FINALLY got to the school, found a place to park, which was insane, and got Matthew into school and we could not find his classroom anywhere. We walked up and down the third grade hall and looked at all the names on the door and his teachers name wasn't there. At this point I was stressed and cranky but we managed to find someone to ask and found out that his classroom is in a trailer outside this year. Awesome. So we went back outside, SUPER late at this point, found his classroom and the teacher and the other kids in his class were headed back outside so she could show them where to line up at the beginning of the school day. Matthew hurried and got in line with the rest of the kids, I met his teacher for half a second, I didn't even get to go in the classroom or help him get settled or anything and that was it. I said a quick goodbye and got in the car to make the long drive back through the detour again to go home. The whole fiasco took an hour.

That was not how I planned the morning to go. Fortunately Matthew is so easy going. I don't think it phased him much, he was just happy to be there. He's been really excited to go back to school. 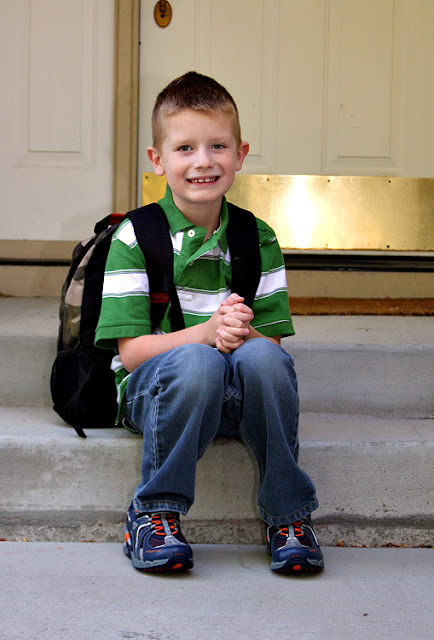 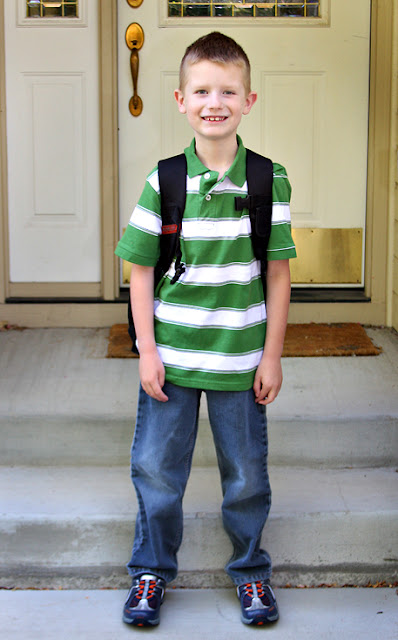 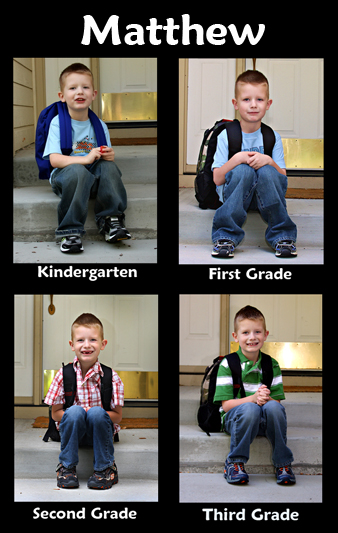 We got stuck in the mess of traffic too. Good planning on whoever is doing construction!

The traffic problem sucks, but those are great pictures of Matthew!