Our Year Of Adventure: Cascade 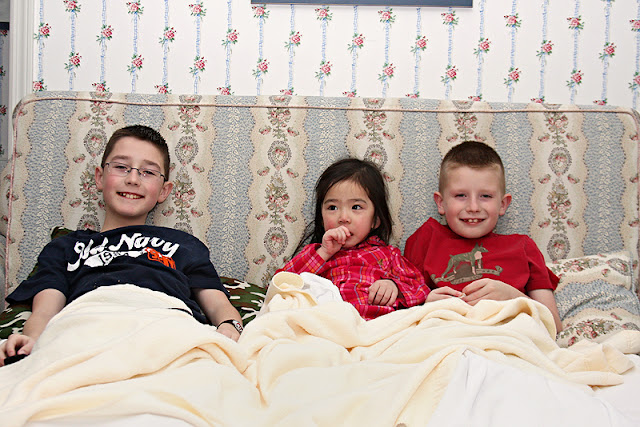 Obviously I'm a little late getting these blog posts done, but better late than never, right?!:)

Our trip to Cascade was awesome and we were all sad to go home. We had a great time and we're already looking forward to going back, hopefully next year! It's something I'd love to make a yearly event if we can.

While we were there we went sledding, we went swimming, we watched movies, we played games, we took a drive to explore the area and we basically just had some fun family bonding time. I love little trips like that where we don't really have a lot to do except hang out together.

One thing we did plan to do while we were in Cascade was feed the elk like we did a few years ago. There is a great place up there where you ride on a horse drawn sled out to the middle of a field and feed hay to a herd of wild elk. We did it a few years ago and absolutely loved it so we looked forward to doing it again this year. Unfortunately that little adventure got cancelled due to lack of snow. We've had a really weird lack of snow all over the area this year. We don't always get a lot of snow in Boise, but the mountains are usually pretty covered this time of year. We hoped that we'd get enough snow by the time we went to Cascade to do the elk feed but the called us the day before and said that it wasn't going to happen.

We woke up Monday morning to pack up and go home and just as we were leaving town it started to snow and we actually had a hard time getting down the mountain because in some areas it was snowing pretty hard! I'm sure that there's enough snow up there now to do the elk feed but unfortunately I don't think we're going to make it back up there to do it.

But even without the elk feed we had a wonderful little getaway. I'm so glad that we had the opportunity to do it. January is usually my least favorite month of the year but so far we've managed to turn this January into lots of fun! :)
Posted by Wendy at 3:35 PM