Our Year of Adventure: Bowling

It's been a pretty uneventful couple of weeks around here. We've been passing a cold around, so there hasn't been too much excitement. I also broke a tooth the other day (eating taffy!!!) and spend the morning at the dentist getting a crown, which we all know is my favorite way to spend the day. Not so much.

Anyway, today I decided that it was time to shake things up around here and make some good use of our leap day so when the kids got home from school we took them bowling.

Bowling is on our year of adventure list because it's something we've been saying we wanted to do for YEARS. Literally pretty much since we've been married. Shawn and I both used to go bowling with our families when we were kids and every now and then we say we should go bowling and in all these years we never have. To tell you the truth, I have always had this idea in my head that bowling alleys are dark, smoke filled places (because they kind of were when I was a kid) and as much as I did enjoy going bowling when I was a kid I just never got super enthusiastic about going as an adult. It's one of those things that we would say we were going to do and then when it came down to it, we just...didn't.

Anyway, since this year is about doing instead of talking, we put it on our list and decided to give it a try.

So we got to the bowling alley tonight and let me just say-bowling alleys have CHANGED since I was a kid!! Gone are the dark, smoke filled buildings. This place was awesome! It's new, for one thing (Pinz, in Meridian, for my local friends), so it's really modern and nice. We went early in the evening and there weren't many people there. Employees were so overly nice and accommodating that I felt like we were VIP's or something. They kept coming over to ask us if we were having fun and if we needed anything. We ordered pizza and two servers came to bring it to us and pour our drinks and ask us 50 times if we needed anything else. Geez. Go to Pinz, they treat you like you just won an Oscar or something, lol. (By the way, YAY, to Octavia Spencer for winning an Oscar for her role in The Help. She rocked in that movie.)

I haven't bowled in many years so I was pretty rusty and probably looked ridiculous, but it was really fun! Shawn also hasn't bowled in years, but he was surprisingly NOT rusty! He's a great bowler! We've been married almost 15 years and I'm still learning surprising new things about him! :)

The kids had a really good time. They had a little ramp that Clarissa used so all she had to do was put her ball on the top of it, push it down and watch it roll. She liked that and it was fun to watch her get excited when the pins fell. Josh and Matthew had been bowling once before at taekwondo camp so they knew what to do and had a really great time. We laughed, ate pizza, cheered for each other and pretty much just had an awesome time.

I think activities like this are the reason I made the Year of Adventure list. I thought bowling was going to be a nice activity to do once and cross off our list but it actually ended up being ridiculously fun and it's something that we're all looking forward to doing again. I think we've found a new family activity that I hope we can do again often. Forcing ourselves to get out of our box and try new things is introducing us to a whole new world of fun activities.

Here are some pictures I took tonight! 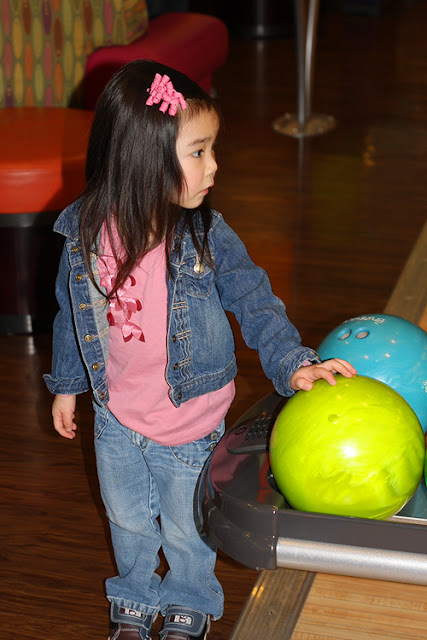 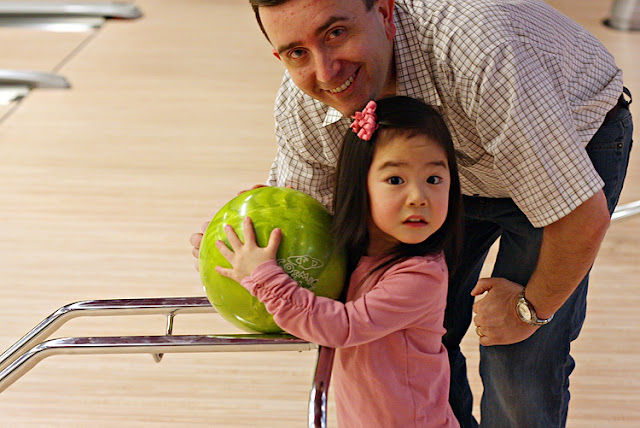 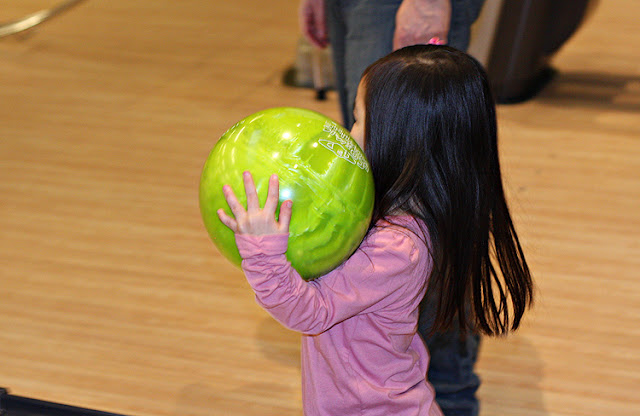 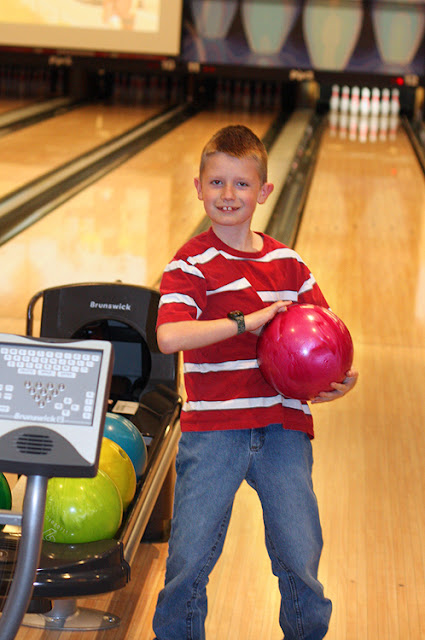 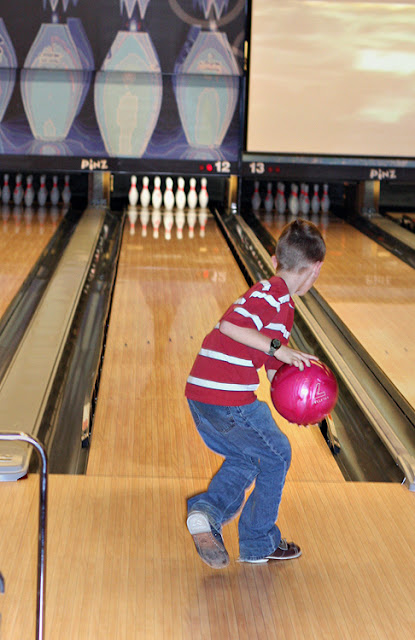 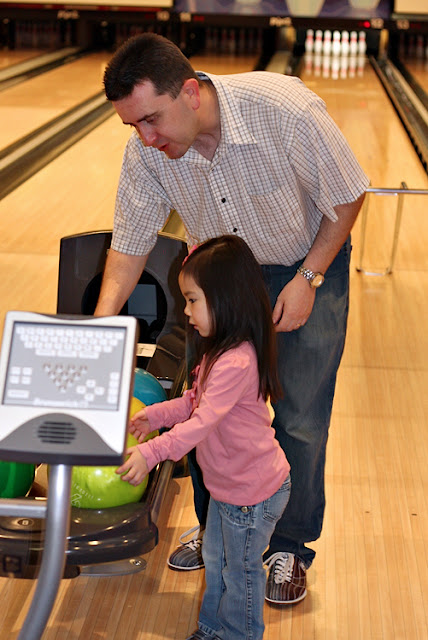 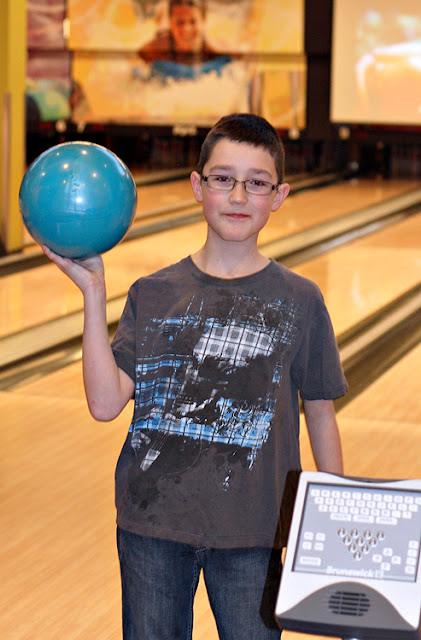 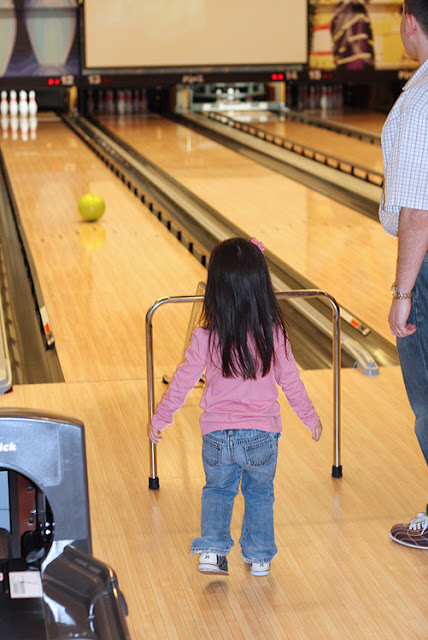