Our Year Of Adventure: Camping

So I cheated just a bit on this one. Shawn and the boys went camping last weekend with all the guys from our church. We debated whether or not to count this as a year of adventure activity because the whole family didn't go, but honestly, our summer is filling up kind of quickly and I'm not sure that we're all going to be able to make it on a camping trip before the summer is over, so we decided that Shawn and the boys going camping was close enough and we've declared this activity complete.

They left Friday evening and drove about an hour from here. It was a church activity for the men and boys so it was really fun for them to go meet up with all their friends at the campsite. Clarissa and I stayed home and ordered pizza and painted our toenails. Oh, and I watched several hours of my latest Korean drama after she went to bed. :)

It was Josh's job to be the cameraman for this activity and to report back what they did so that I could blog about it. He did a good job!

According to Josh, they got to the campsite, set up the tent, played football, ran around the campground, roasted marshmallows and then went to bed.

Being the mom, I of course was worried that they were going to freeze to death. Before they left I kept pulling out more blankets and warm socks and making Shawn promise to make sure everyone was bundled up. It still isn't super warm up there at night. They did manage to stay warm enough, mostly. No one came home with a frostbitten nose, so I suppose that means it was a sucess! :)

In the morning they got up and a storm was starting to blow in so everyone ate breakfast and packed up pretty quickly. I think they were planning to stick around a bit longer, but being rained on wouldn't have been much fun so everyone went home fairly quickly.

It was a quick trip but it was more camping than anyone in our family has done for quite some time, so it was still a success! The kids loved it more than they thought they were going to and Shawn commented that he enjoyed it so much that he's thinking of taking the boys on another camp out this summer if he can find the time.

All in all it was a successful outing and I'm pretty sure that I see more camping in our future! :) 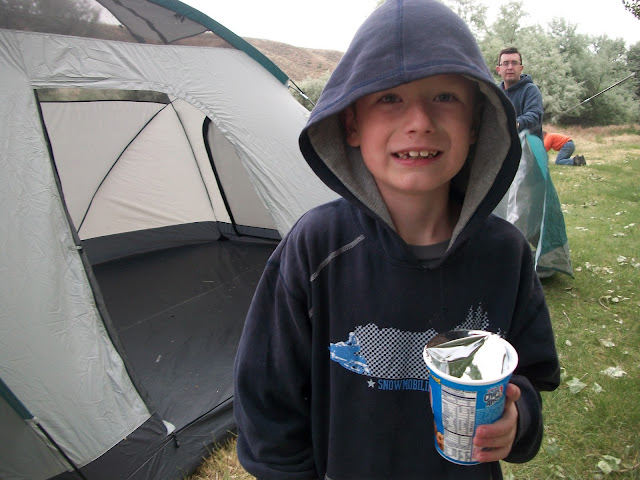 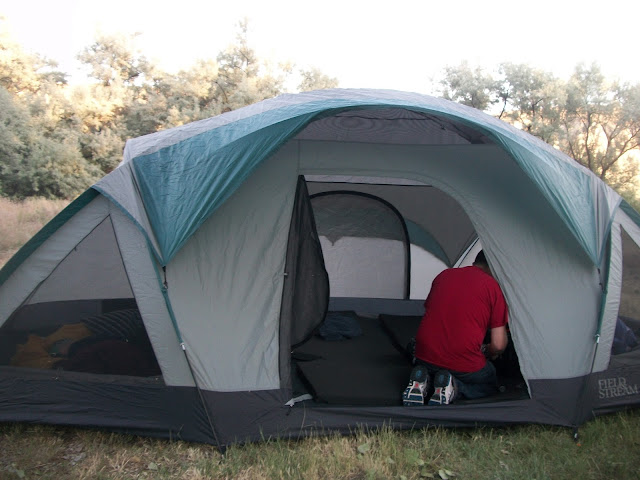 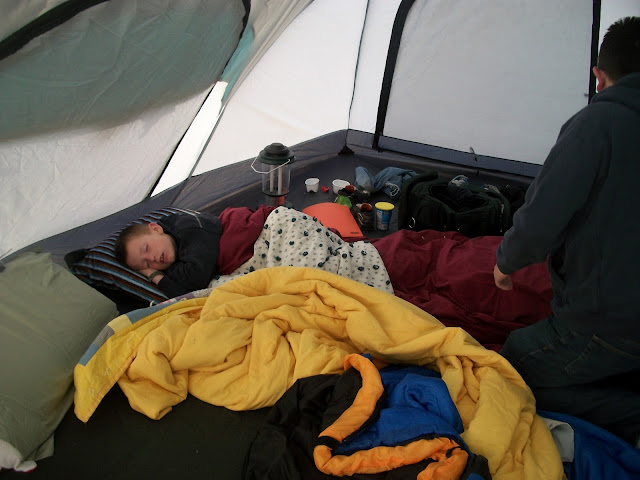 Camping was so much fun! We had a great time.

It was really fun!