Is every post from now on going to be about the park and my bike? :) No, the novelty will wear off soon, but for now I can't stop talking about it!

So I'm loving the new park. They announced that they were going to build it a couple of years ago and I've been impatiently waiting for it since the day they announced it. Someone donated $25 million dollars to the city to have it built, which is super awesome and it's one of the nicest parks in the city. There are a few really gorgeous old parks downtown that I love, but not very many really big parks in my part of town. Not like this one, anyway. It has a community center in it, an amphitheater, basketball courts, ponds stocked with fish for fishing, a playground with a splash pad (fountains for the kids to play in), a concession stand, covered picnic pavillions for parties, separate trails for biking, walking and jogging, and arboretum and so much more!

We went over there this evening for a while and there were so many people there playing sports and riding bikes and taking walks and hanging out. The weather was awesome and the park just feels like a little piece of heaven. It's perfect. We let the kids play on the playground for a bit and then we decided to climb the gigantic hill in the park. I think they must have made it as a sledding hill for winter. It's gigantic and would be so perfect for sledding.

In the summer it's perfect for climbing, and apparently for rolling down, because there were a whole bunch of kids rolling down it and our kids quickly got in on the action. I sat in the grass on top of the hill and enjoyed the sun setting and watched the kids roll all the way to the bottom and then run back up so they could do it again. It was the perfect way to end the day. I wished I had my camera because the lighting was beautiful and the kids were having so much fun. All I had was a cellphone and then I remembered that I have a panoramic picture app, so I stood on top of the hill and took 360 shot.

The hill was on one edge of the park, so I didn't really get a view of the whole park, just one side of it, but it's kind of fun to look at! You can see the really cool interactive version here: http://360.io/FHeFnZ

Here's the flat version of it. It's hard to see unless you enlarge it though!

So I think hanging out at the park is our new thing. We stayed until the sun was setting and on the way back to the car we took a loop over to the big pond and watched the geese and watched people fish. It was the perfect way to end the day. 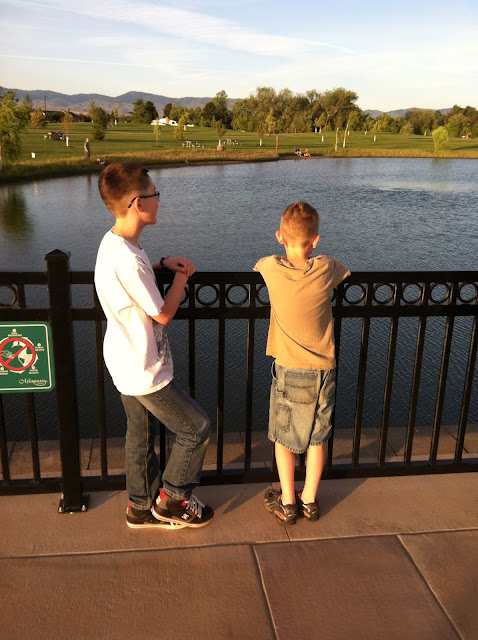 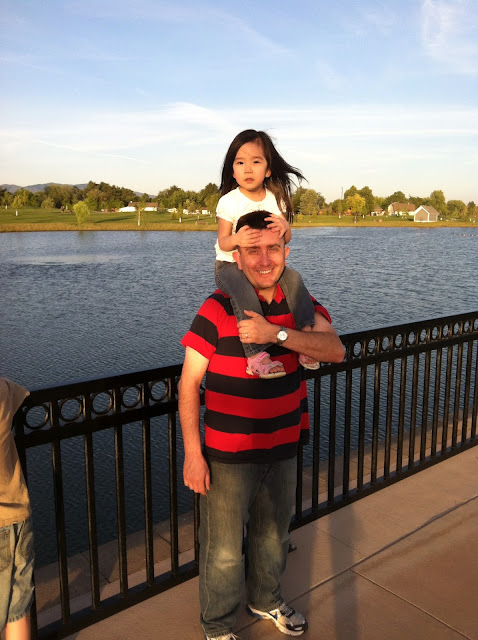