Our Year of Adventure: Go on a picnic

This year of adventure activity is a replacement for one that we had to take out. We originally had "go to Oregon" on the list when we thought we were going on vacation there. We considered taking a drive just across the border one afternoon (It's about an hour to the border) just to cross it and say we went, but that seemed kind of silly so we took a family vote and replaced with a picnic.

Going on a picnic is a pretty simple activity. It doesn't take a lot of time, planning or money. Which is why it's so silly that we don't go on picnics on  regular basis, which is exactly why it needed to go on our year of adventure list. Not every adventure needs to be elaborate. I think we needed a reminder that sometimes something really quick and simple can be exactly the pick me up that we need. It's a fun family activity that gets us out of the house for a bit and it doesn't require a lot of pre-planning.

With the new park being so close it's even easier to take a picnic now! We can ride our bikes there! I love that we're looking for any excuse to take a bike ride these days. That's a huge difference in our family and we're all loving it!

So we packed up sandwiches, fruit, chips, carrots and lemonade and headed off to the park. The bike trailer we have is big enough for two kids, so we had Clarissa on one side and enough room to pack the cooler on the other side. Perfect! Clarissa loves riding in the bike trailer. She calls it her yellow bike. :)

It was a beautiful day for a picnic, it was in the low 80's, so the 3/4 mile ride over there was nice. The new park has covered picnic areas, which is really nice.

We unpacked our food and had a fun family lunch. I love spending time with the family. This staycation week we're having has been really fun so far!


After we ate we decided to try geocaching in the park because apparently there are a few of them there, but we tried one and couldn't find it and by then it was starting to get hot and we needed to get Clarissa home for her nap so we abandoned those plans for today. Geocaching is on our year of adventure list though, so we're going to be trying it again soon, possibly later in the week.

Here are a few pictures of our picnic! 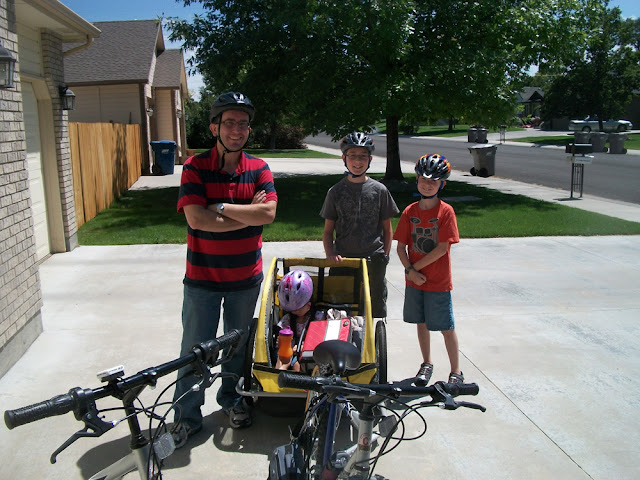 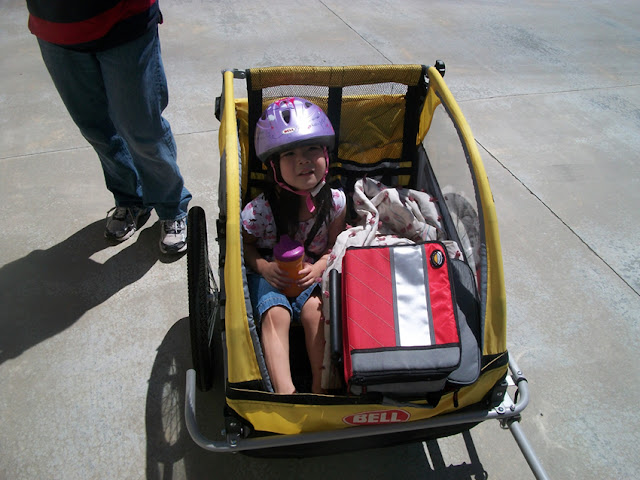 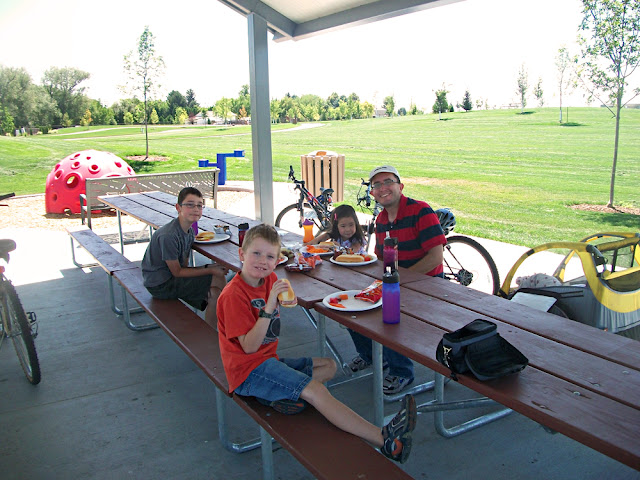 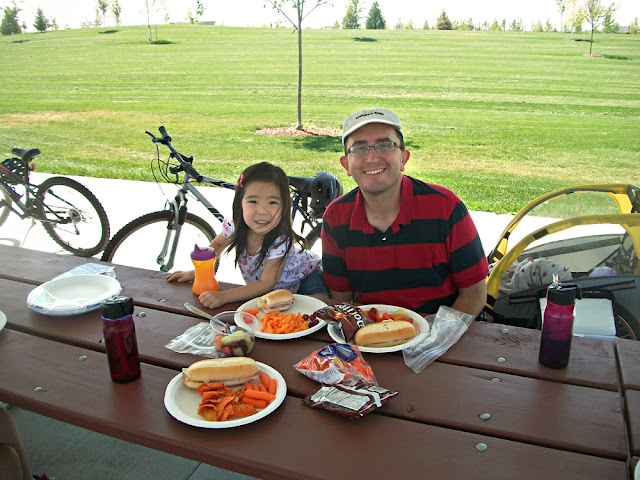