Our Year Of Adventure: Go To The Aquarium

We had a fun morning at the aquarium! Boise only recently got an aquarium, and as far as aquariums go, its really not super awesome, but it's a fun enough activity to do on a Saturday morning. It's located in a bit of an awkward spot, on a busy corner next to a bail bonds office, but we'll take what we can get. I admit that I'm still slightly bitter because when the originally announced that they were building an aquarium in Boise the location they originally announced was around the corner from my house, near where the new park is. I was bummed when they not only decided to move it to a weird location, but it's a really scaled down version of what they originally said it was going to be. I'll stop pouting about my shattered dreams now. It's all good. lol

Anyway, it's better than having no aquarium, but not nearly as cool as some that I've been to in coastal cities, like the Oregon aquarium in Newport. Now THAT is a cool aquarium.

If you're going to go to the aquarium, the best time to go is right when they open at 10am because you can buy food to feed the fish and the birds and they quit being hungry by about 10:30 when they've all been fed.

Feeding the animals is the best part of the aquarium, in my opinion. It's really the best thing the aquarium has going for it. You can stick you hands in the water and pet the stingrays and the little sharks and if they're hungry they'll eat right out of your hand. Super cool! Unfortunately, what they eat is cut up raw fish pieces, so you you have to dig around in a cup of disgusting fish pieces in order to feed them. Still worth it. The sting rays are super friendly and come right up to the edge of the tank and let you touch them. It's pretty cool!

There is also a pool of tropical fish that eat seaweed and for a couple of dollars they'll give you little sheets of seaweed that you tear up and dangle in the water for the fish to eat. Those fish aren't nearly as friendly as the stingrays and it takes a little work to get them to eat out of your hand, but it's pretty entertaining to try! The kids had a good time dangling the seaweed in the water and waiting for a fish to swim up to them.

The newest exhibit is a bird enclosure that you can walk into and they'll give you a cup of liquid that has birdseed floating in it that the birds eat. I absolutely love birds, so any time I get the chance to feed them I'm totally in! That was my favorite part of our aquarium adventure. I could have hung out in there for quite a while.

And really, that's all the cool highlights of the aquarium. It's pretty small and feels pretty low budget. It's worth going to stick your hands in the water and interact with the fish and it's super fun to feed the birds if you like birds as much as I do, but other than that, there are some fish tanks you can look at, a very small educational area and that's pretty much it. They have big plans to add more exhibits, but I don't know when, or if, that's going to happen.

The kids liked it though, and that's what matters. They spent a lot of time petting the stingrays and the little sharks. It wasn't a bad way to kill a few hours this morning! We actually got a season pass on Groupon for a really reasonable price, so we can go back all year for free. I would definitely go back to feed the birds again and the kids would happily go back and play with the stingrays. It may not be the fanciest aquarium in the world, but it was definitely an entertaining adventure. :) 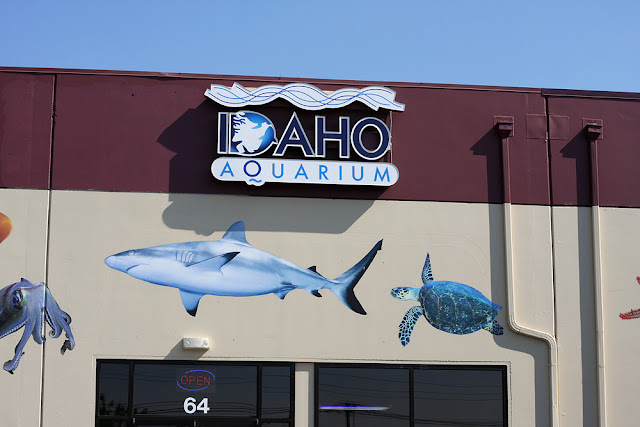 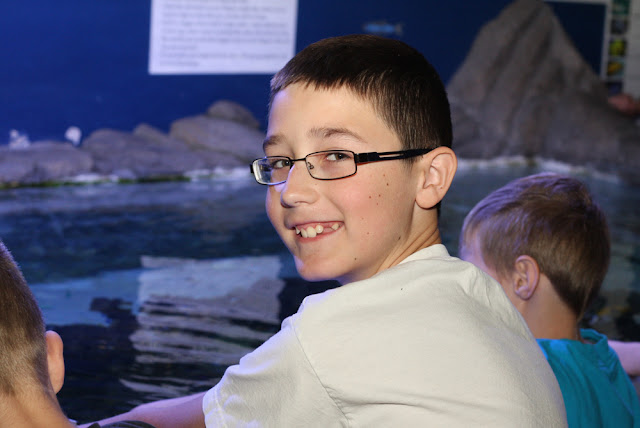 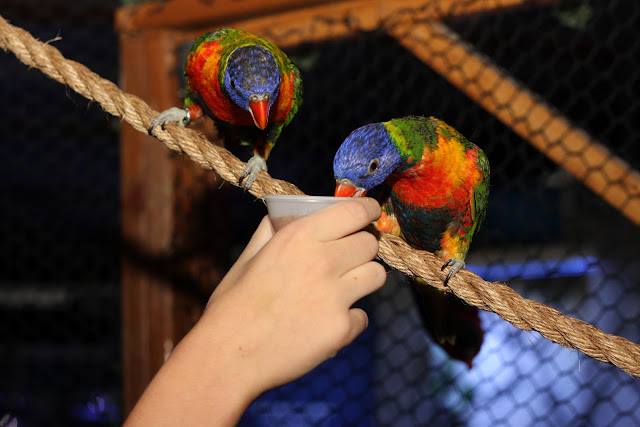 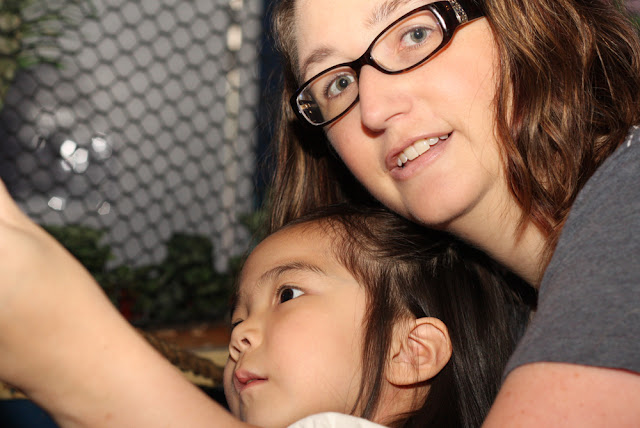 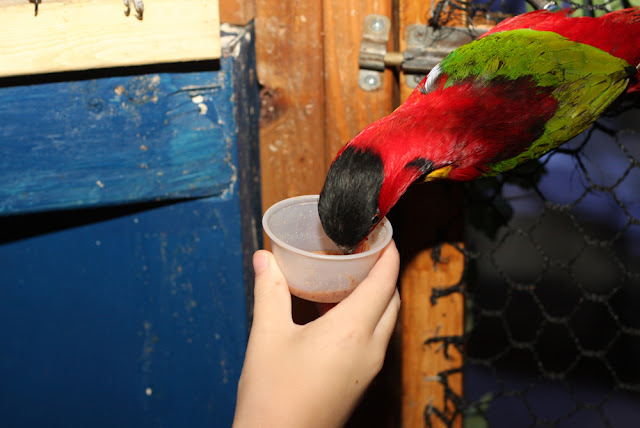 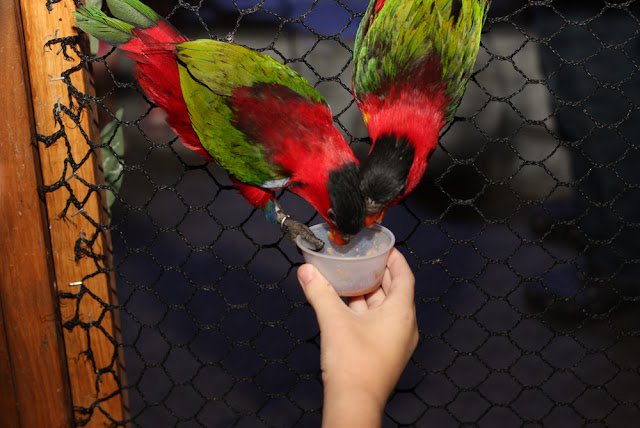 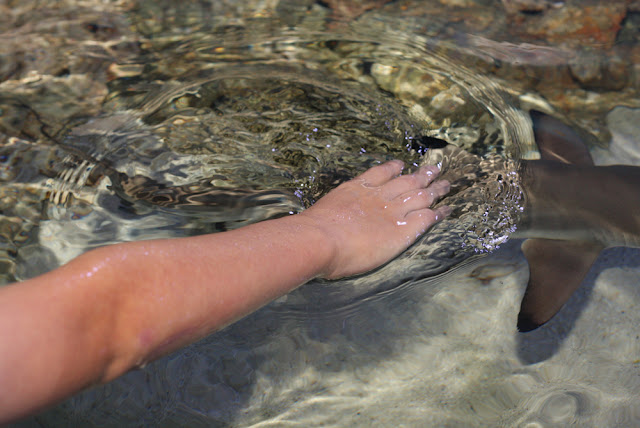 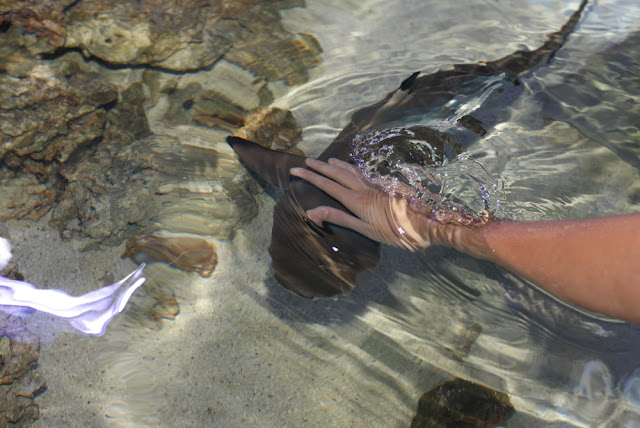 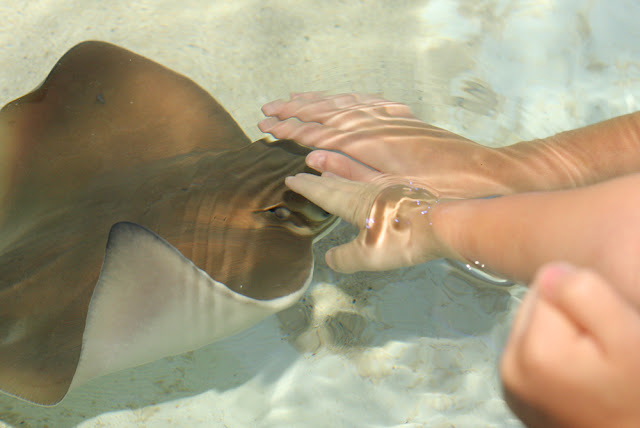 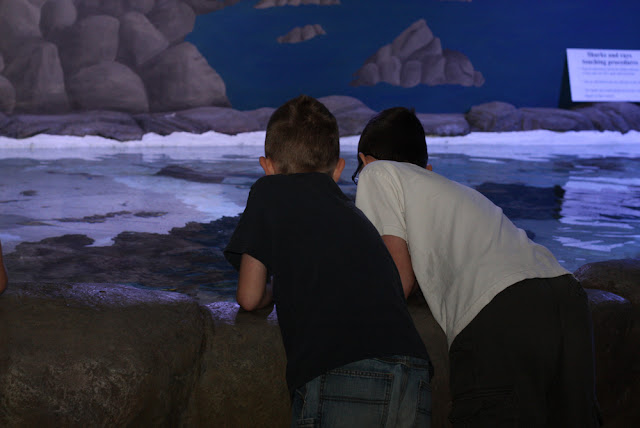 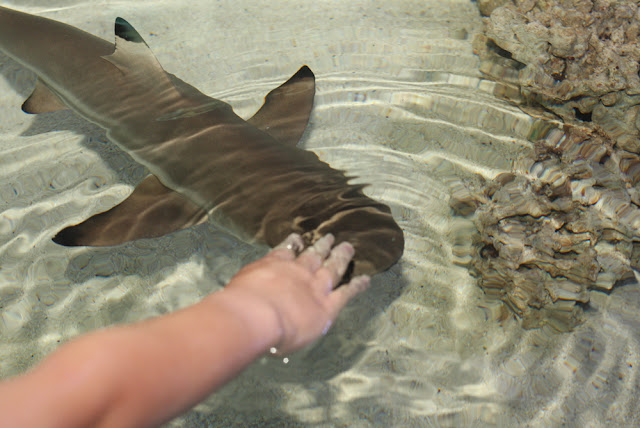 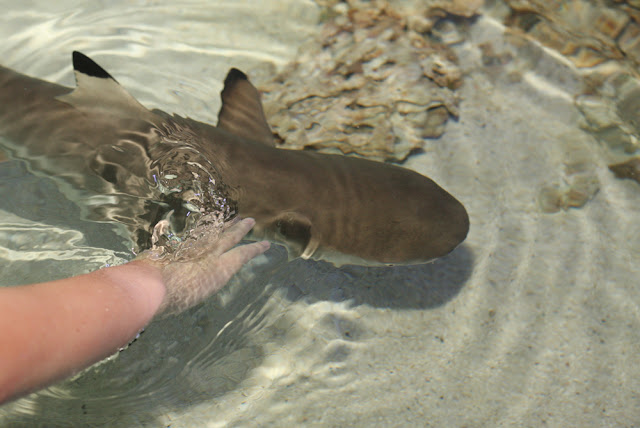 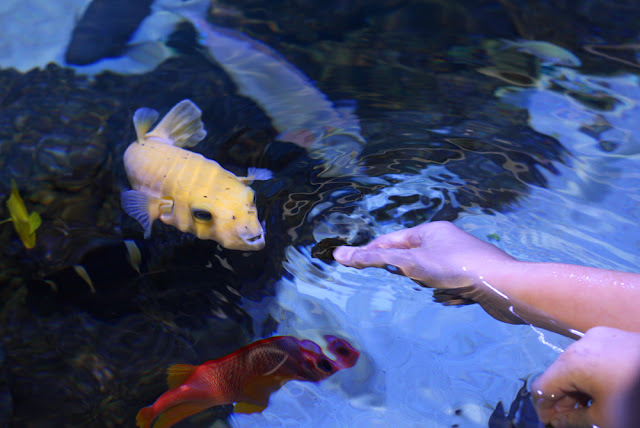 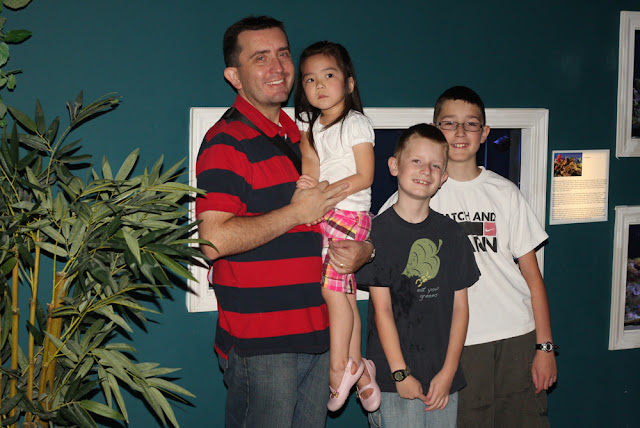 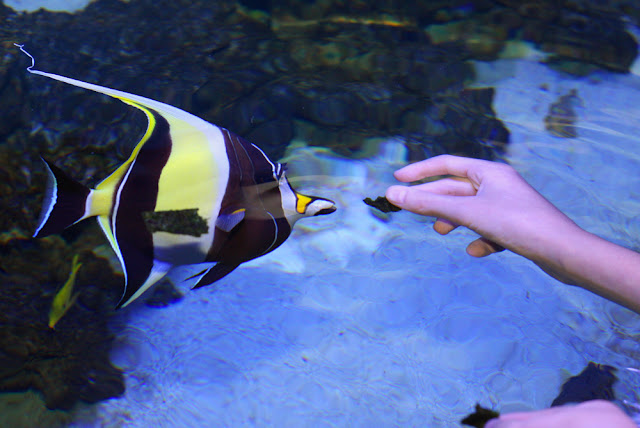 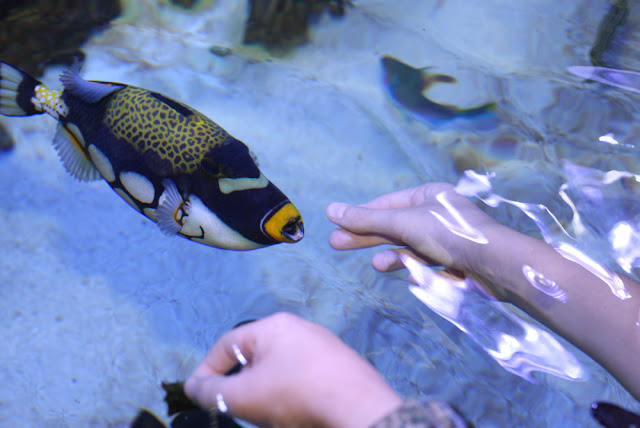 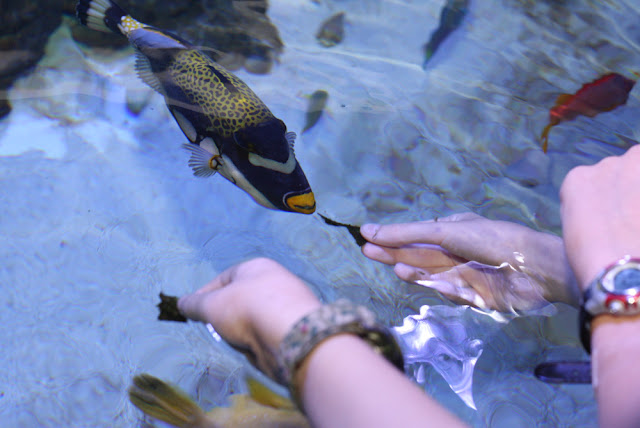 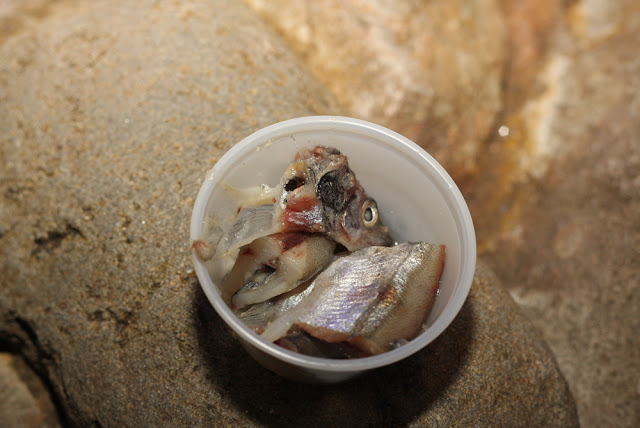 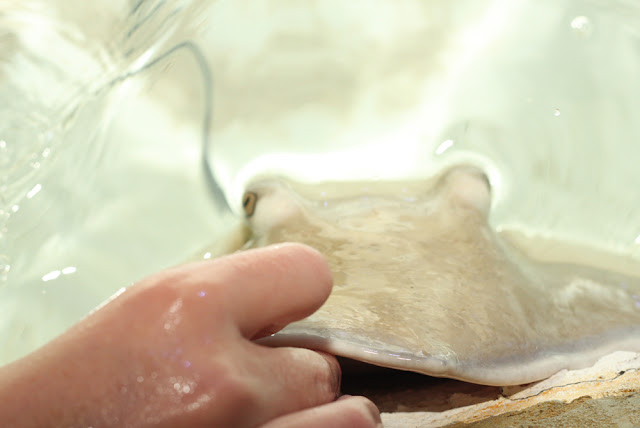 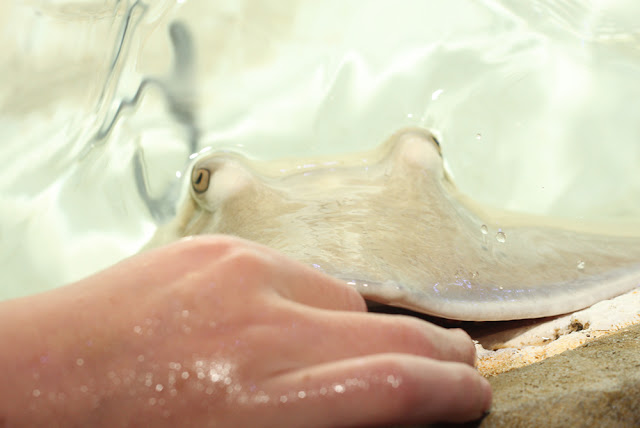 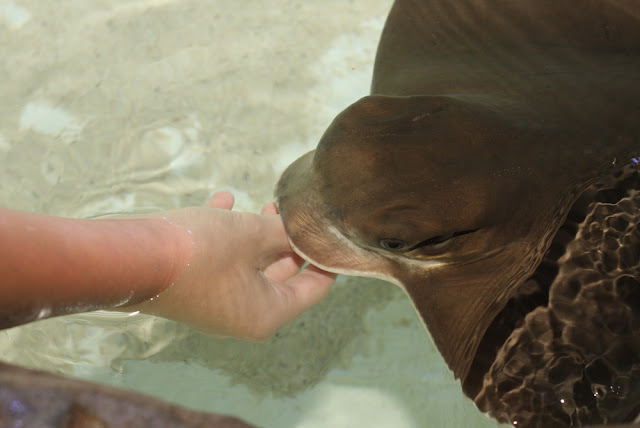