I had big plans to make a blog post yesterday but my day was crazy and I never got to it.

Halloween was super fun! I love Halloween, as you can tell by my recent posts. :) There are a few holidays that adulthood has not managed to lessen my joy for. When I was a kid Halloween was one of my favorite holidays, and it still is. I love the costumes, I love the candy, I love the excitement of it all.

This year was probably the most fun with Clarissa so far. She actually seemed to remember last years Halloween and knew exactly what was coming, and she was REALLY excited! Clarissa loves any chance to dress up anyway, so a day where EVERYONE dresses up is like her dream come true!

I picked out her costume over a month ago. I searched online for quite a while and as soon as I saw it I knew it was perfect. It was a strawberry! If you've been following my blog for a long time, you will remember that before Clarissa came home they sent us a photo of her in Korea wearing a little strawberry outfit. I stared at that photo for hours a day. I even carried it in my pocket. For a while strawberries were my favorite thing. :) So as soon as I saw that strawberry outfit I took me back to how much I cherished that photo of that sweet baby girl I hadn't yet met and I knew she needed to be a strawberry.

Josh's costume was trickier this year. He's 12 and this is the first year that he was starting to ponder whether or not he was going to dress up and go trick or treating. Some of his friends decided they were too old for it this year, so he started to wonder if he was too old. He still wanted to go, but I think he's hitting that age where he has to weigh whether or not it's a cool activity to participate in, lol. In the end he decided to go but we decided to tone down his costume a bit. Usually I go all out with the costumes. I let them choose what they want to be and I shell out money for the good costumes. This year he decided to go a little more subtle, although when you look at the photo of him in his costume, I don't know if you'd exactly call it subtle! He decided to go as a Boise State fan. Boise State football is a huge deal here. We're not really hardcore football fans, but the rest of the city seems to be, so putting together a costume was pretty easy. I bought him a Boise State sweatshirt and we painted his face blue and orange. He would have fit right in at a Boise State game!

Matthew's costume is actually Josh's costume from last year. There is good and bad about being the middle child. He tends to get all of Josh's hand me downs, and because I'm a middle child myself I'm sensitive to his plight and I'm careful to make sure that he has his own identity and his own things, but generally he actually really likes Josh's hand me downs. Matthew is a super laid back kid. He's just happy to go Trick or Treating. Find him a costume and he's good to go. So he was excited to be a clone trooper and he looked awesome!

They were all pretty hyper yesterday afternoon leading up to the big event. Clarissa was running through the house like she'd been drinking Red Bulls. I had big plans for a photo shoot and I did get few photos, but it was difficult! It's hard to take Clarissa's picture on a good day. Yesterday she wasn't sitting still for anything. By the time I got to the boys photos the sun was going down and they were ready to get on with the trick or treating, so my big plans for a photo shoot didn't really happen like I had hoped. Someday my kids will be glad that there are photos of them in their Halloween costumes, but at the moment they're pretty much just humoring me and hoping I make it quick, lol.


Anyway, here are the photos of last nights fun, and for the first time I'm actually going to post the famous strawberry baby photo of Clarissa in Korea. This photo cracks me up, because the look on her face is like a deer in the headlights, lol. You have no idea how much time I spent memorizing every detail of that sweet face before Clarissa came home. Seeing her all dressed up as a strawberry last night was kind of awesome. :) 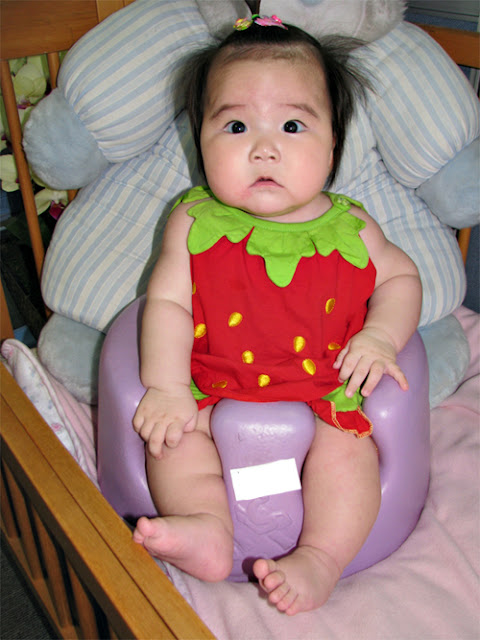 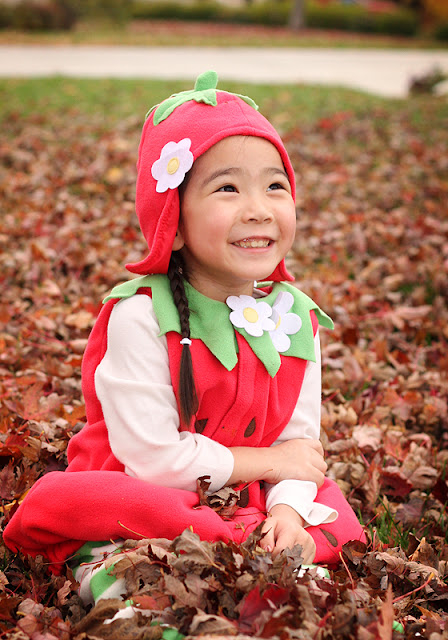 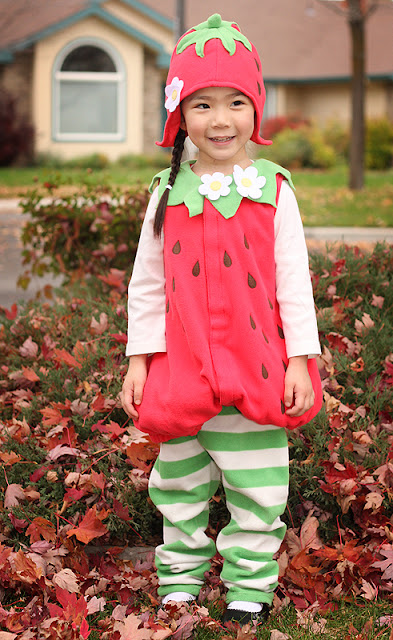 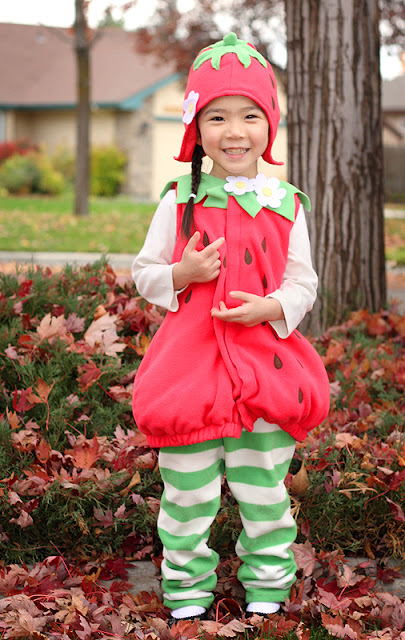 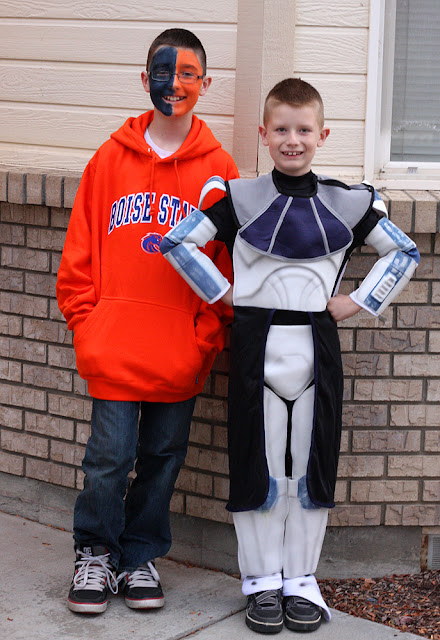 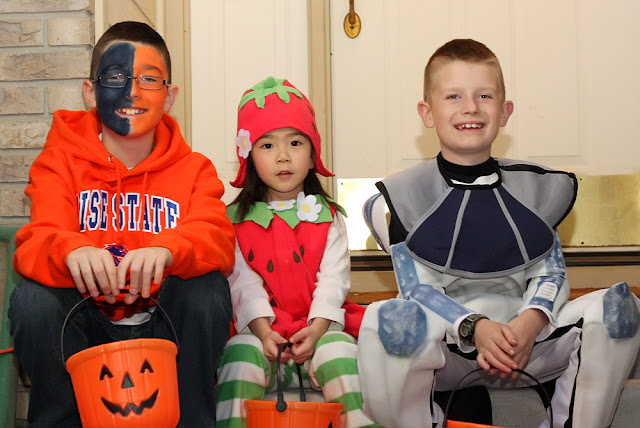