Last week I got an e-mail from Josh's film teacher letting me know that there was some "mysterious" paperwork at the school that I needed to go fill out and Josh couldn't know anything about it. I assumed that it had something to do with the Zions Bank film competition but they wouldn't tell me anything! I went to the school and the paperwork that needed to be filled out was tax forms (for prize money) and a photo release form from Zions bank. Hmm...it wasn't too hard to figure out what was happening, lol. I finally got out of his principal that they came in second place! They had an assembly planned for this morning though and they wanted it to be a secret until then.

So I have been sitting on this secret since last week. I was DYING to tell Josh because I knew he was waiting on pins and needles for the contest results, but I did good and managed to keep it a secret.

This morning Shawn and I went over to the school and tried to hide ourselves in the bleachers at the assembly, but Josh saw us. He was super confused as to why we were there, lol. There were other school awards being given out so we waited through those and then at the end they had the two representatives from Zions Bank go up there to present the award.

I was sitting on the opposite side of the gym from Josh and I was watching him as she started to talk. As soon as she said that she was from Zions Bank the look on his face was priceless. He knew what was coming and he was SO excited!! I'm such a mom, I got all teary and had to force myself not to cry. I can't help it, I'm so proud of that kid.

They called him and his film partner up to accept their prize winnings and pose with the giant check. Josh actually gets to keep a giant check, by the way! It will be perfect in his film making bedroom! :)

So the school won $500 and Josh and his partner split another $500. Two hundred and fifty dollars is a fortune for a 12 year old! He's really excited!

Here are a few photos! 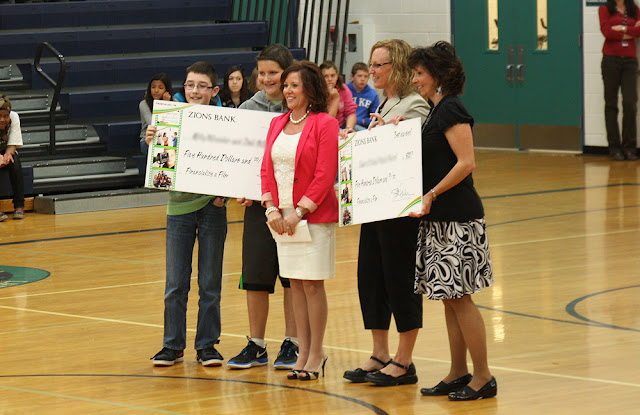 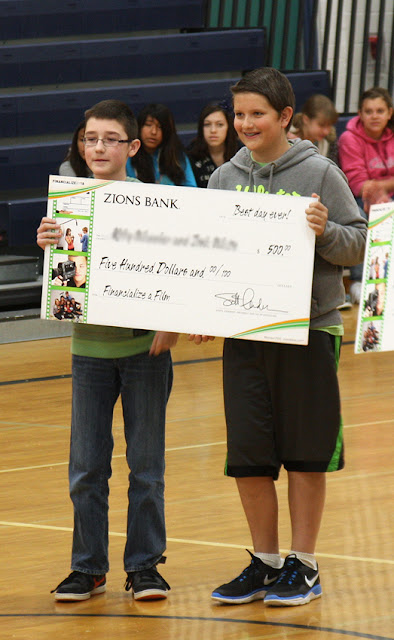 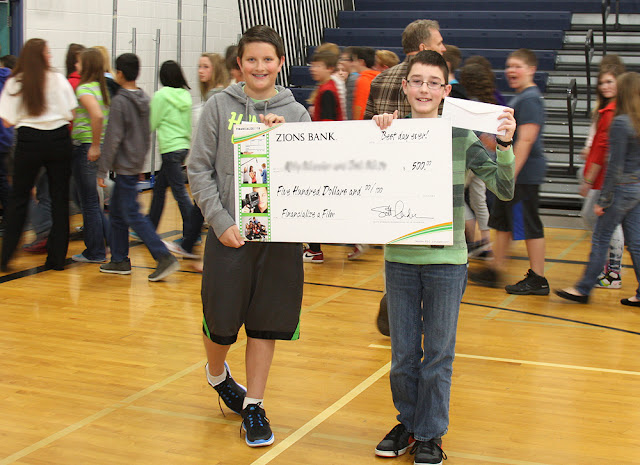 That is just really awesome!! What great and talented kids you have :)