Remember the other day I said that I almost never manage to capture Clarissa's real personality on camera? Well today was that day, lol.

Clarissa started a ballet class today. Every Tuesday afternoon for 45 minutes at the house of an adorable teenage girl down the street. Super cute.

I made the mistake of telling Clarissa first thing this morning that today was dance class, so I endured "is it time to go to dance class yet?" Every 5 minutes for the whole day. Plus I made the mistake of telling her that UPS would be dropping off her new dance outfit today, so she staked out the front porch from 9am to 4pm. It was a long day, lol.

Anyway, the clothes finally arrived and dance class time was upon us. Clarissa was so excited she could hardly contain herself. She put on her dance outfit and also I put a sock bun in her hair, which after being such a failure in my hair of course looked fabulous on her because Clarissa has amazing hair that I'm officially jealous of.

We got ready to walk down the street to take Clarissa to class and I decided to take a photo of her in her cute dance clothes to text to Shawn at work. It's Shawn's birthday today, by the way. Woohoo, happy birthday Shawn!

So I told Clarissa to stand there and smile while I took her picture. I thought I was going to be lucky if I got one look-at-the-camera-and-smile photo out of her because that kid is like a celebrity with the paparazzi. No photos please.

So she stood there with her arms by her side and the stone face I usually get when I tell her to look at the camera and smile, I raised the camera, went to hit the button...and this happened. 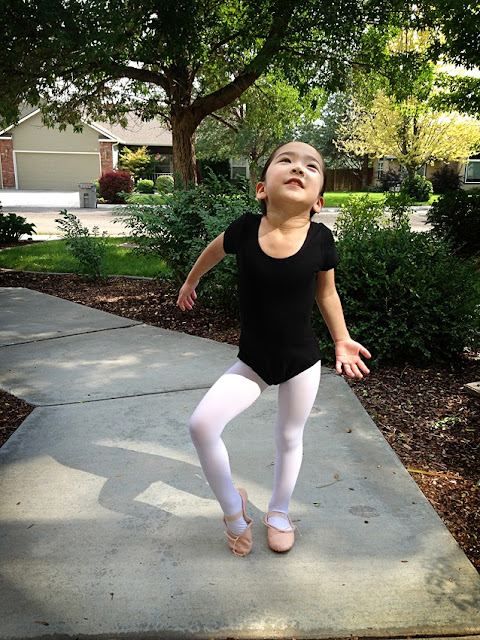 And. It. Was. Fabulous. Lol! It was like she had waited her whole life to put on ballerina clothes and strike that pose. I have been looking at that photo for hours now and I still haven't stopped laughing. Now THAT is a real Clarissa photo. I have a million look-at-the-camera-and-smile photos where I had to beg and bribe her to cooperate, but this is the realist photo of Clarissa that has ever existed. It is so cheesy and overdramatic and awesome, lol. I love that kid. I love every single ounce of the glittery princess/dramatic ballerina inside of her that sometimes just can't contain itself. :)

Oh, also, sock bun. Cute, right? And when she took it out she had fabulous waves, just like Pinterest promised. Lucky duck. 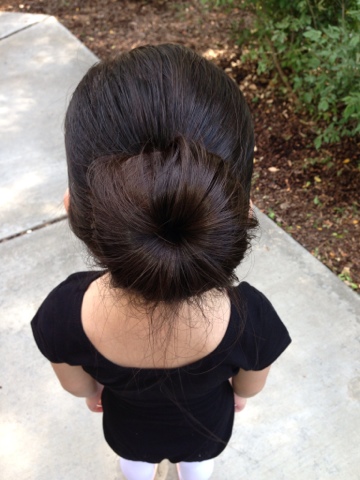 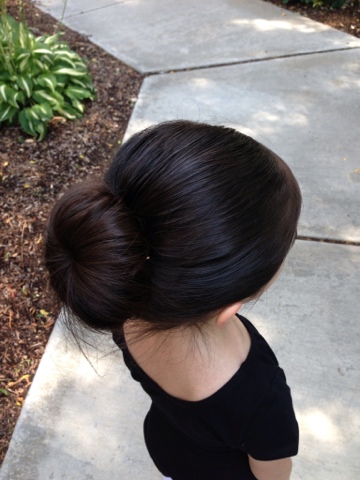 She is darling! And you are a very good photographer.

She is darling! And you are a very good photographer.