My house is currently full of teenagers. We're hosting an i48 team for the second year in a row. I48 is a local film festival that they do in our city every year. People make teams and at 6pm this evening they gave each team a packet that gives them their assigned film genre, a phrase they have to use, a prop they have to use, and a few other rules, and then everyone has 48 hours to write a script, film it, edit it and turn it in. Then next weekend there is a film festival and they show all the films and award the winners.

Josh's middle school film club teams up very year and participates. We offered to host their brainstorming session last year, and they actually ended up filming their movie at our house. We had so much fun with it last year that we offered to host it again. Their genre this year is action crime. So there are a dozen teenagers in my dining room right now brainstorming ideas for a movie and writing a script and tomorrow morning they'll meet back up to film it.

That's my actual happy thing for today. I like having my house full of kids. I like being able to do this for Josh.

So I was going to sneak by and take a picture of everyone brainstorming but when I got in there I realized that it would look super dorky to take a picture and Josh would be embarrassed by his dorky mom, so I refrained.

So instead you get my other happy thing of the day. Clarissa brought me this picture that she drew this morning and I love it! She said it's a dinosaur. She draws the best pictures! Every one of them makes me smile. :) 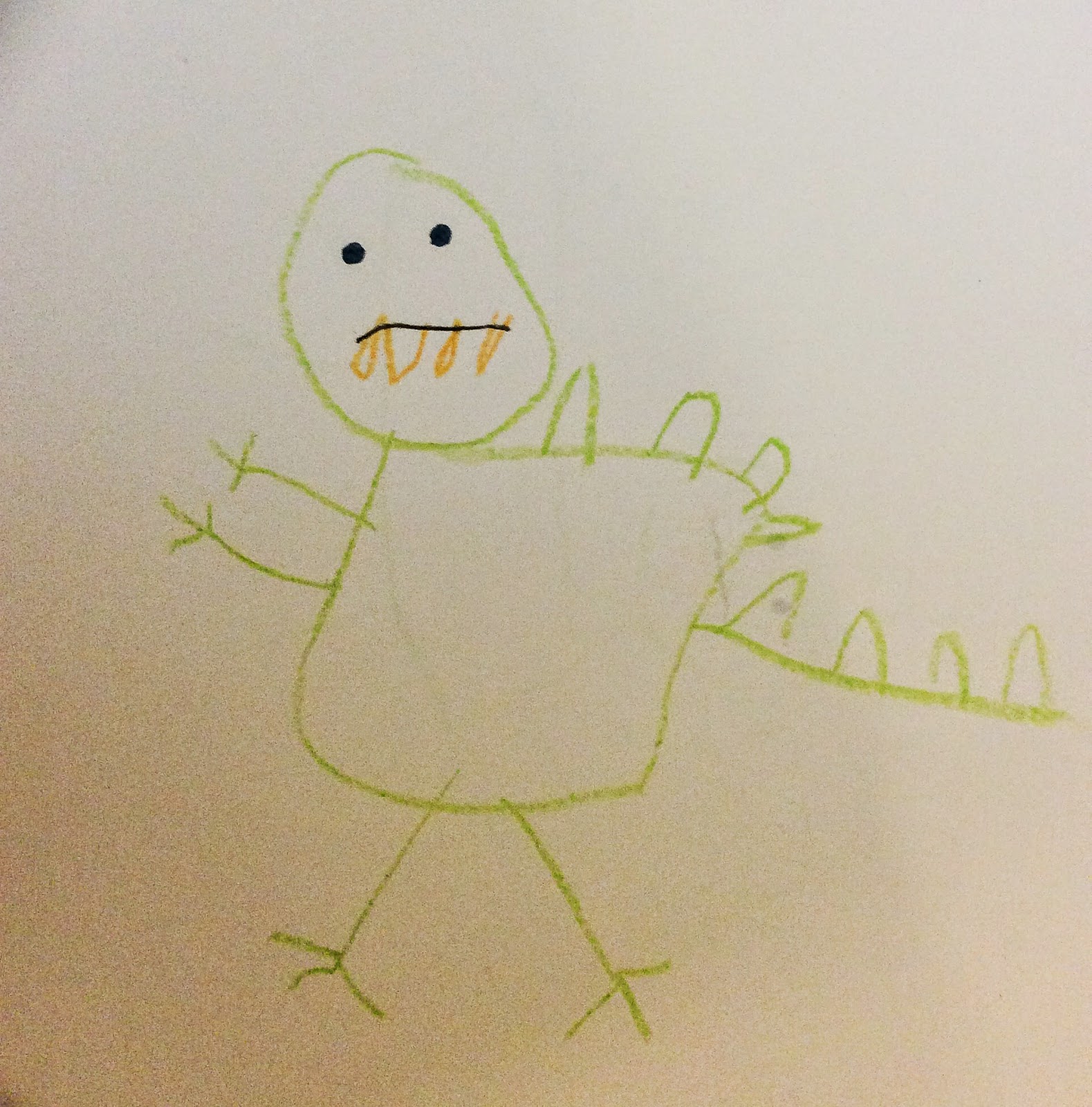