Today's happy thing is kind of dumb, lol. After an eventful week on vacation, today was pretty low key, so I don't have lots to talk about.

This morning I went to the doctor for my yearly physical. I hate doctors. I avoid going to the doctor whenever possible. I have medical anxiety, even when I just have to go for something routine. I probably wouldn't even get a yearly physical, but my doctor requires it for some medication that I'm on.

It's not a big deal at all, just the routine stuff and a blood draw. But I hate it, because I'm weird about doctors. I've actually had this appointment scheduled twice and I kept moving it, and finally it really needed to be done.

So I went to the doctor today. And it was totally not a big deal. Like usual the build up in my head was worse than the actual appointment.

Part of why I hate physicals is because having my blood drawn is a huge process. The veins in my arm are really small and hard to find and every time I have blood drawn it takes two nurses 20 minutes to poke around for a vein and I go home black and blue. The last time I had blood drawn they almost ended up sending me to the hospital to have it done because no one could do it. And even when they do manage to locate a vein it it takes forever because my blood doesn't want to come out. My blood is smart. It wants to stay in my body where it belongs. :)

So I have finally gotten smart. Usually when they give up on my arms they end up taking it out of my hand. Which hurts worse, but at least they can usually find the vein. So I have decided that I have a new blood draw policy. Just start with my hand because you're going to end up there anyway.

So she took it from my hand. And it took one poke and wasn't a big deal and I was brave. :) I left the doctors office and breathed a sigh of relief because it was over and I don't have to do it again for a whole year. And that makes me very happy.

I told you it was dumb. :) Here's an equally dumb picture to go with it, lol. 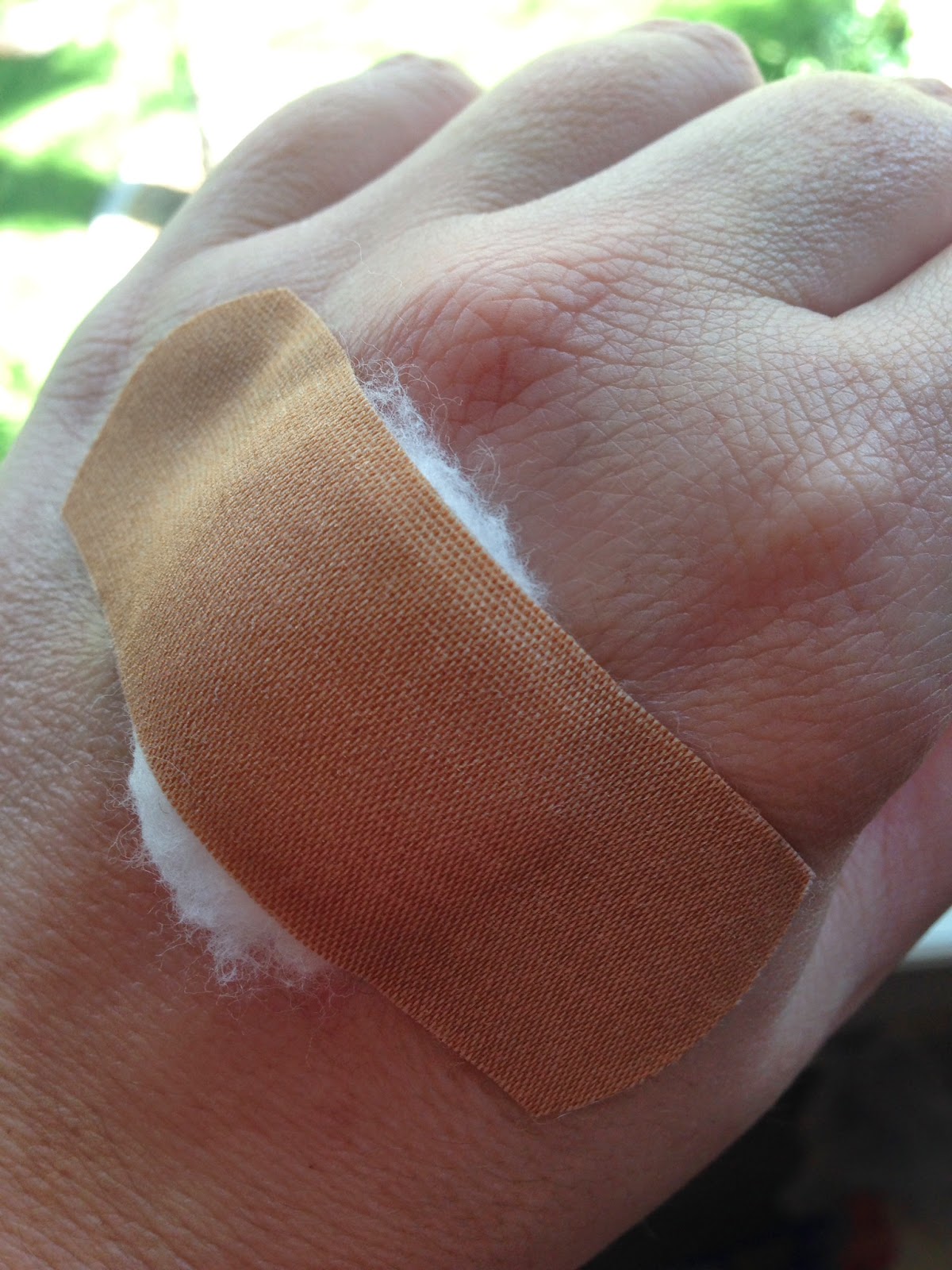