It was a fun day of friends for all the kids. Clarissa's best friend came home from school with her today and spent the afternoon at our house. They are SO ridiculously cute together. Listening to their conversations cracks me up. They're just so sweet and they play so well together. Those two are practically joined at the hip.

I sent them outside to play for a while and after a bit they called to me to come see what they made. Thy had done a huge chalk mural on the steps. The colors were actually really pretty, it looked cool, but they were completely covered in chalk. They came in the house and there was literally a chalk cloud swirling around them, lol. So I had to take them out back and hose them down a bit and I had them change clothes so they could come back in the house without covering my whole house in chalk. It was pretty funny, they had an awesome time.

Here is a picture of them with their chalk creation. I just love them! 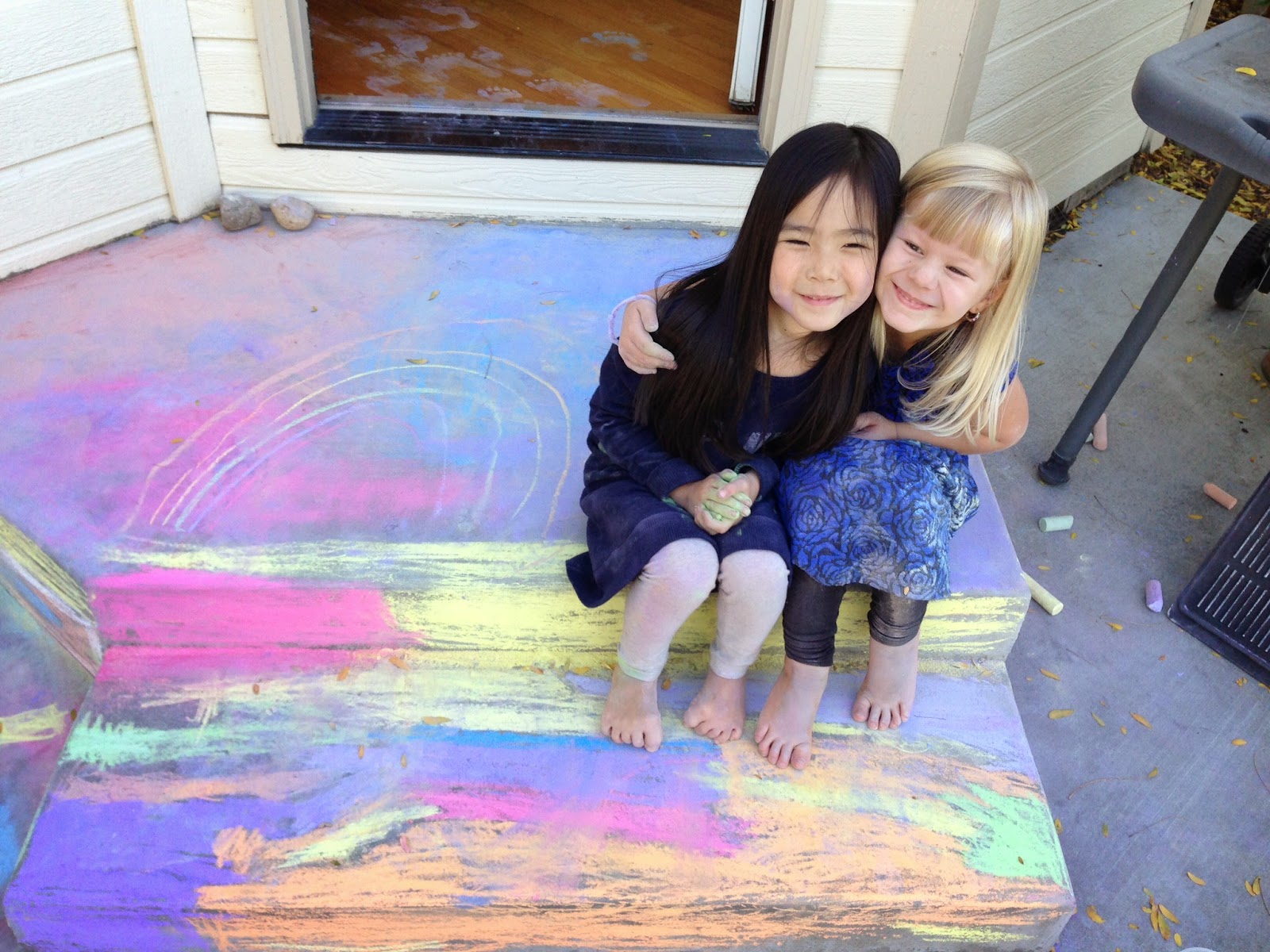 Then the boys came home from school and decided to celebrate pirate day at Krispy Kreme. It's national talk like a pirate day, and anyone who goes into Krispy Kreme dressed like a pirate gets a free box of donuts. Free donuts kind of blew my kids minds, so they went to work putting together pirate costumes. They called a friend to come with them and that friend called a friend and the group kept getting bigger. Josh has a new girl who is his friend but isn't his girlfriend, and he texted her to see if she wanted to come and she met them there with her two brothers. So it ended up being this big fun group going in to Krispy Kreme to get their free donuts. So fun! 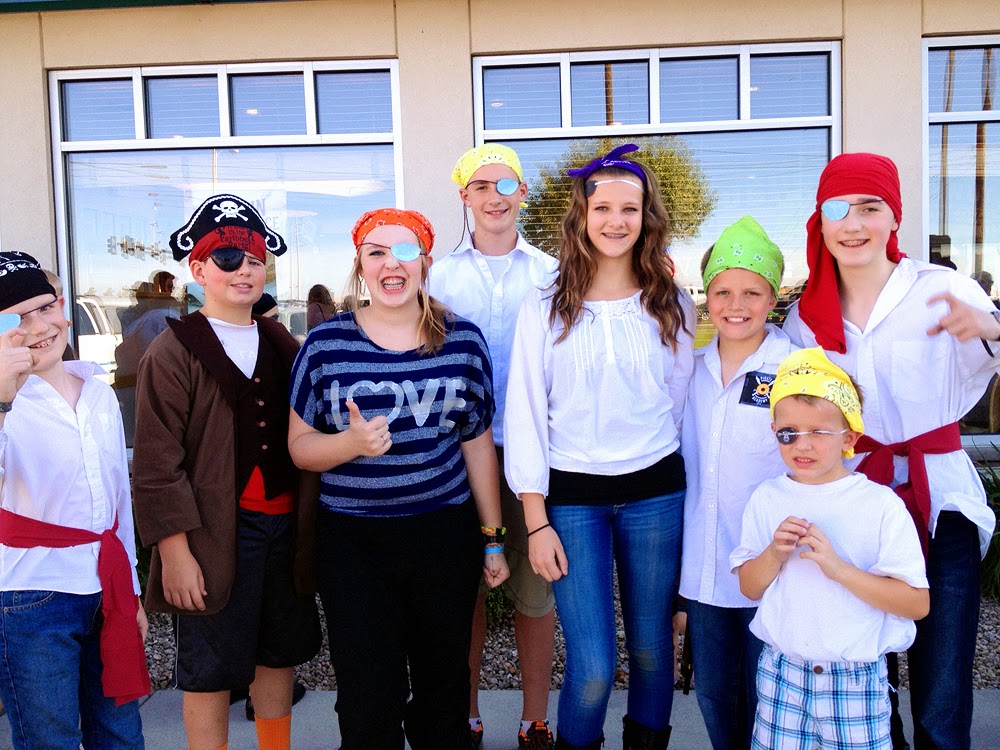 Once they got in there they saw even more people they know, so it really ended up being a fun afternoon for them. Josh ate so many donuts I can't believe he's not puking! Oh, the joys of being a teenager and being able to eat whatever you want. :)

So it was a fun friend filled day for my kids. Seeing them enjoying time with their friends makes me happy!
Posted by Wendy at 6:49 PM