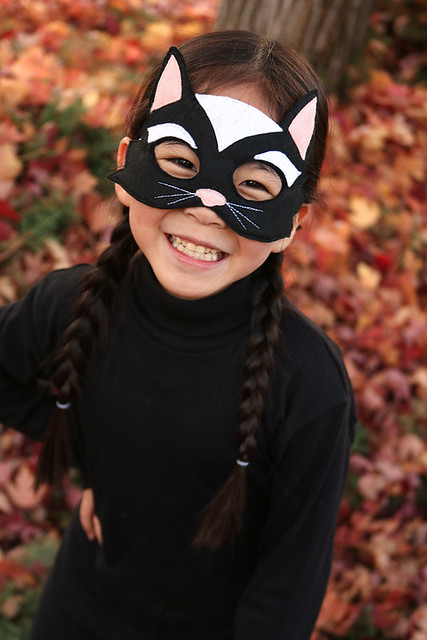 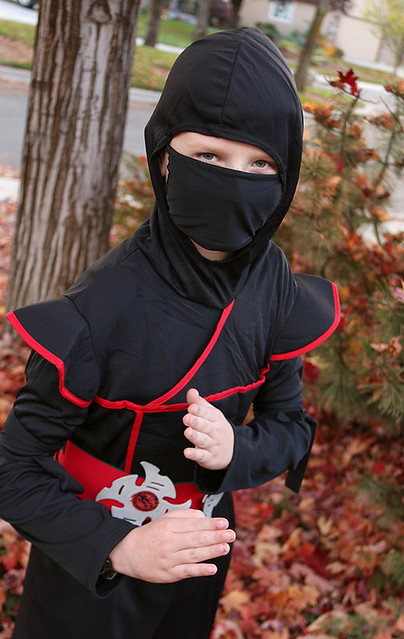 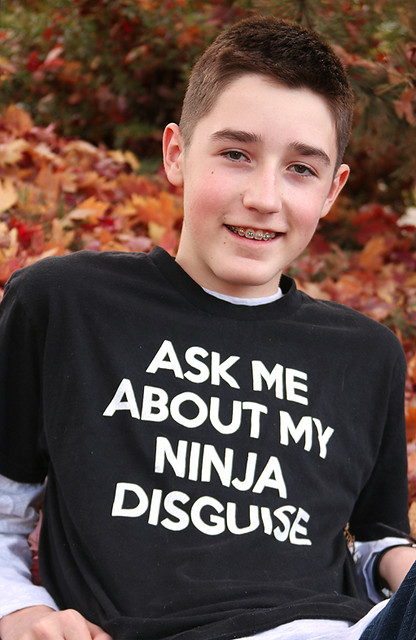 To make up for my lack of blog posts lately, here are some pictures from today.

Today is Clarissa's foster mothers birthday. I have made sure to keep in touch with her over the years. She really struggled after Clarissa left them and it means a lot to her to get photos and updates. She doesn't speak English, so I mostly just send her photos so she can see Clarissa as she grows.

Today for her birthday I decided to write her a little note in Korean and have Clarissa hold it up in a photo. Which is somewhat tricky, since I don't speak Korean, but I do know how to Google Korean words, so we did our best. :)

The phrase Happy Birthday is actually kind of long writen out because you have to add an extra word on the end to make it formal when speaking to someone older than you, and I knew that Clarissa would never be able to make all those Korean characters. So I just had her write the word birthday. At least, I'm pretty sure that's what it says, lol. I showed her how to write the characters and she copied them and did a good job! Then she drew some pictures to decorate it.

Then I decided to go for it and I wrote out the whole phrase. It's hard when you're not used to writing in Korean! I always have a fear when I do things like this that I'm going to make the wrong character or something and change it to a whole different word. Like I think I'm saying happy birthday but it really says stinky socks or something, lol. I have no idea what I'm doing.

Clarissa calls her foster mother "Hanguk Omma", which translates basically to "Korea Mom". When she was living with her foster parents, her foster mother taught her to say Omma, which is mom, and that's what she called her foster mother. But when we went to Korea get her, everyone kept calling me Omma, since I was her new mom, and I could tell that it kind of hurt her foster mothers feelings a bit. So in the very limited Korean I know, I pointed to her and said "Hanguk Omma!" and her face lit up. She liked that and we've called her that ever since. A kid can't have too many moms in their lives.

Anyway, I tell you this story to tell you that I'm pretty sure what I wrote across the bottom says "Happy Birthday Hanguk Omma". If it doesn't, I'm sure she'll at least appreciate the attempt. :) 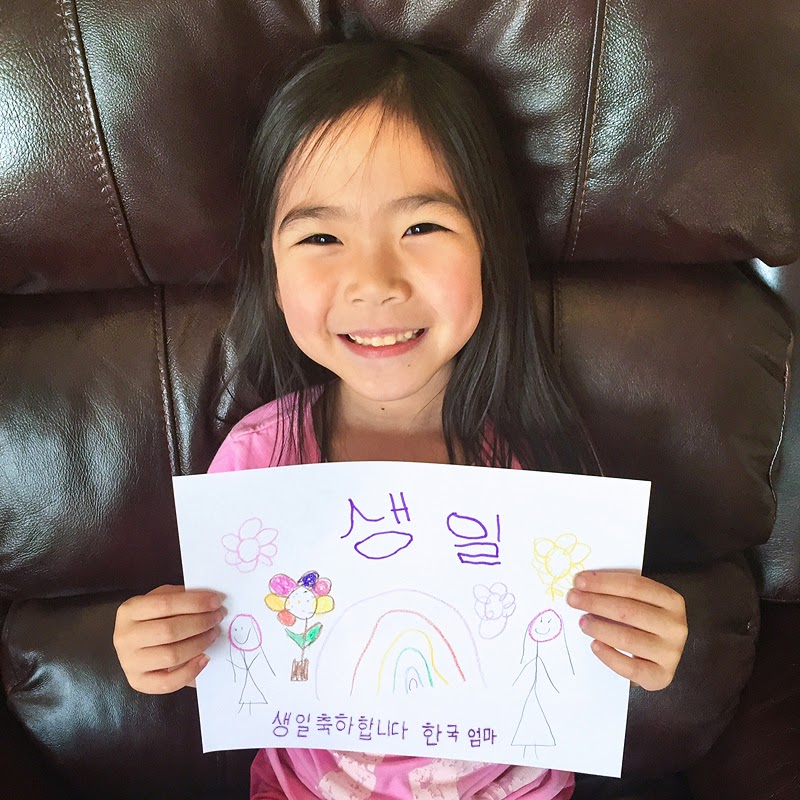 Also, this evening we carved pumpkins. Much fun was had by all. 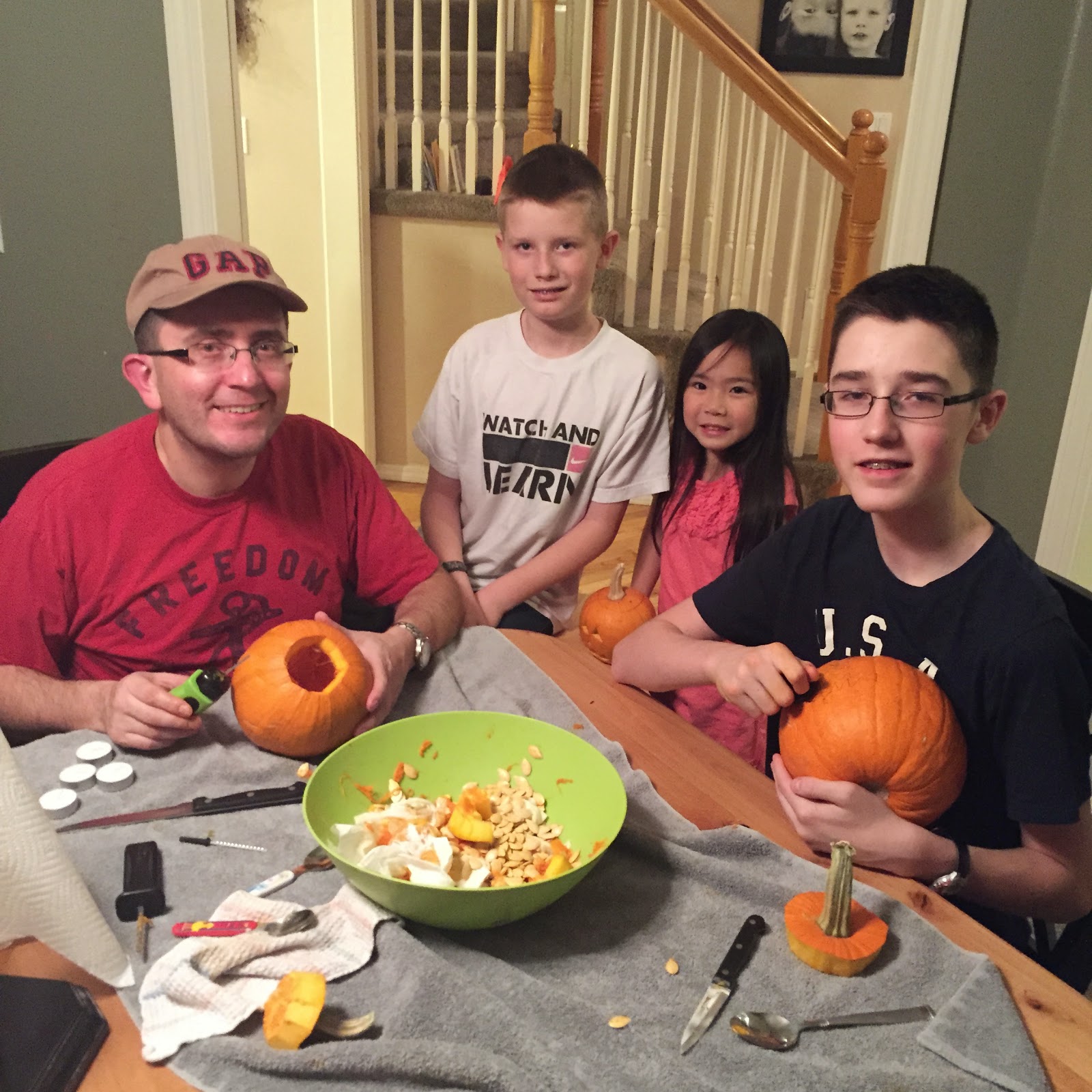 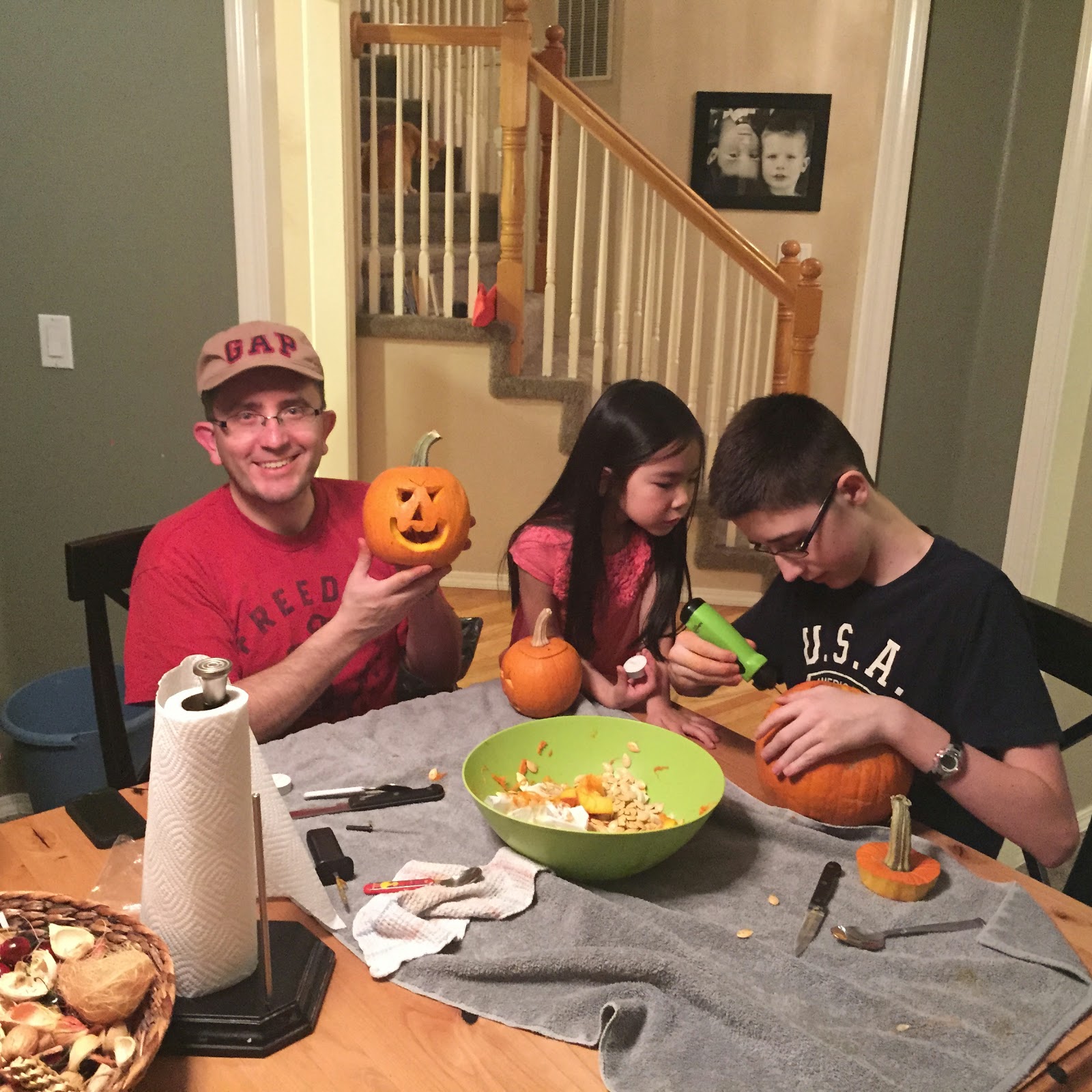 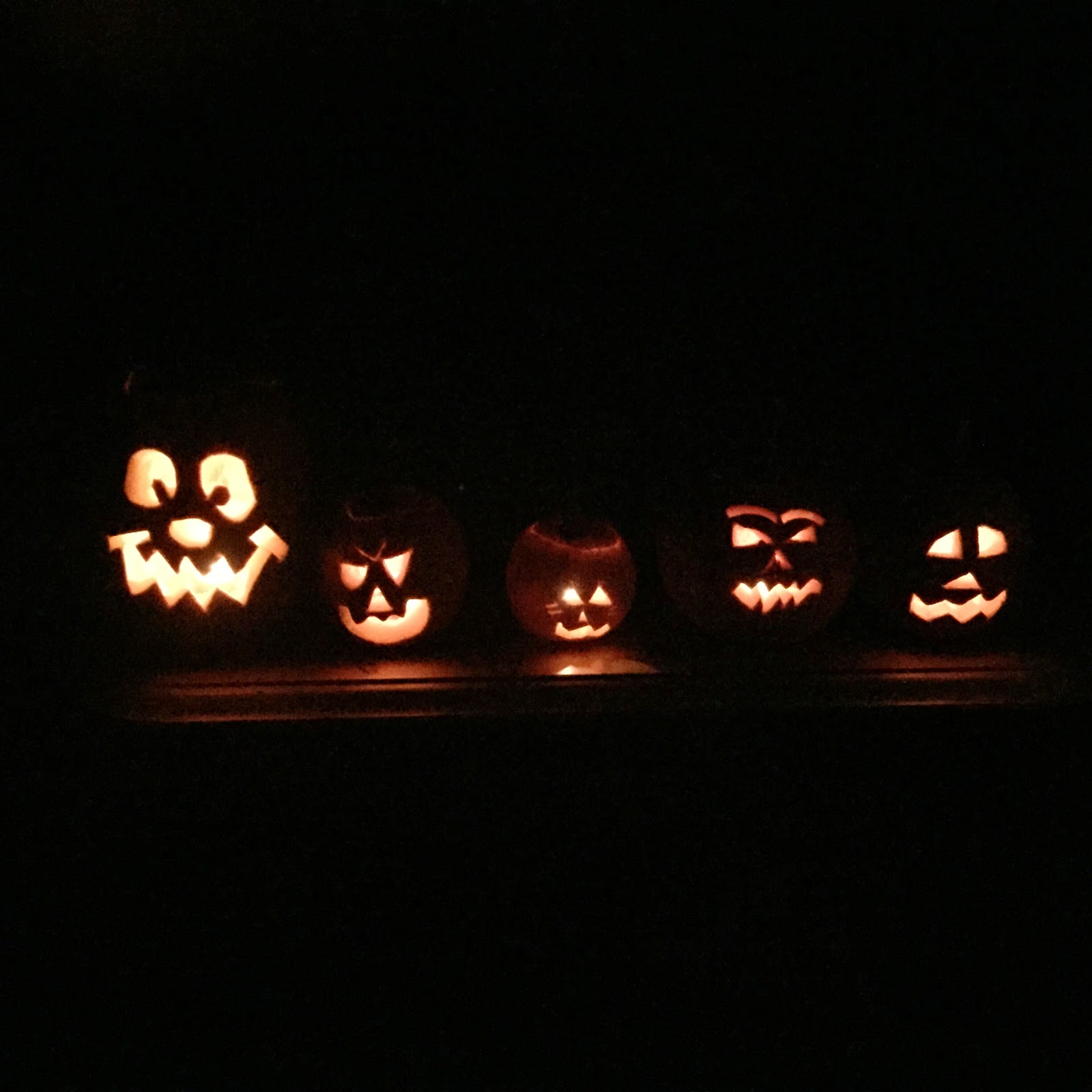 Come back tomorrow for Halloween photos! Josh is having a party here tomorrow night. A house full of teenagers. Scary! :)
Posted by Wendy at 11:21 PM No comments:

I've been meaning to make a blog post for weeks now. In fact, I have sat down and started blog posts several times and then I get interrupted or realize I'm rambling aimlessly and abandon it.

But here I am, making a blog post, and I'm determined to see this one through.

We've been extremely busy lately, but not doing anything terribly exciting. The kids have been really busy with school lately.

Now that Josh is in high school I I feel like I'm seeing less of him and when he is home he's completely swamped with studying and homework. He knew that this excellerated high school program was going to be intense but I think it has still surprised him how much work it actually is. Gone are the days of easy A's. He's working his behind off to maintain good grades now. Hes doing great and he's up to the challenge, but it's definitely a challenge. And in between all the school stuff, he's on the academic decathalon team, he's taking a hand to hand combat class once a week after school, going to the gym in the mornings at 5:30, working on his Eagle Scout requirements and participating in his church youth group. Oh, and dog sitting for the neighbors while they're off on their travels. I don't know how he does it all, but he has kept up with it and it doing well. He's also planning a Halloween party at our house for halloween night. He can handle all the academics but I don't want him to spend so much time working that he forgets to have a fun teenage social life, so I decided to have a party. He's inviting friends over for pizza and a scary movie on Halloween. He's really excited about that.

In Matthew news, he has joined the chess team at the middle school. He had never really played chess before but he played it at school one day and loved it so much that he decided to join the chess team. He had his first tournament last weekend and had a really great time. We're also getting ready to start him with a new piano teacher since his last piano teacher just left to do missionary work in Peru. So he's had a break from piano for a few weeks while we sorted that out, but he's excited to get back to that. He has adjusted really well to middle school and seems to be doing well and enjoying it.

He's currently reading the Hunger Games series and the rule in our house is that you can't watch movies based on books until you read the book, so as he has finished each book we have had a movie night to watch the movie. He's now on the third book and is anxious to finish it so he can see this one in the theater with us next month.

We've actually had a lot of fun with our little family book club this year. We've been reading books and seeing their movies all year long. Shawn and the boys did Enders Game, Josh and I did The Book Thief and Divergent, Matthew is doing the Hunger Games (well, I'm doing it with him but I've already read them), I did The Fault In Our Stars, and then we all read and saw The Giver last month and this month we all read The Maze Runner and saw that movie a few days ago. It's been a really fun way to bond with the boys. We're currently on the hunt for our next book.

In Clarissa news, she's doing great! I actually feel really bad that I didn't make a blog post last week, because the 15th was the five year anniversary of bringing her home from Korea! It's been FIVE years since we made that journey to Korea, can you believe it?! Time has flown by so fast. I didn't make a blog post about it because I've been sick, which I'll get to in a minute, but it was definitely on my mind last week. Clarissa is doing amazing and she's growing and learning and is so much fun. She's liking Kindergarten, but according to her teacher she's really shy. We're working on that. It's funny to me because she'll talk your ear off at home. She's full of energy! But at school I guess she has been much more quiet. She seems happy there, just a little reluctant to speak up. We're working on it! But she's doing great academically, she's reading, she loves the little homework assignments she gets to do once a week and generally seems to enjoy it there. She's also still joined at the hip with her friend Sophia, which I have enjoyed. They're adorable.

So back to me being sick...I've been sick. :( Clarissa had a little cold a week and a half ago and I think I got it from her, but it's been really weird. It was more of a chest thing than a head cold, but in the last several days I've had some sort of crazy sinus headache. At least I think that's what it is. Either that or a migraine that won't go away. It's the kind of headache that gets worse when you bend over or move your head, so that to me is a sinus headache, but it's been really severe. I'm fine when I'm laying down, I just can't get up or my head pounds. Saturday we had promised the kids that we would take them to Maze Runner and Shawn's work had a party at a really fun corn maze/pumpkin patch place that we really didn't want to miss, so I medicated myself enough to get through that and we had a great time, but yesterday it was so severe that I couldn't get out of bed at all. Last night I stood up and it was pretty much the most severe headache I have ever had. It was awful.

I feel like it's a sinus thing that is going to pass so I'm dragging my feet about going to to doctor, but if it's not feeling better soon I'm going to have to drag myself over there. It's slightly better today. I hope the worst of it is over.

So that's the update on us. While I was at the pumpkin patch on Saturday I made the kids pose for pictures, which they hate, but they were good sports. I actually took a whole bunch of fun pictures there, but haven't felt well enough to go through all of them yet. But here are their fall portraits. I love those sweet faces. They grow up too fast! 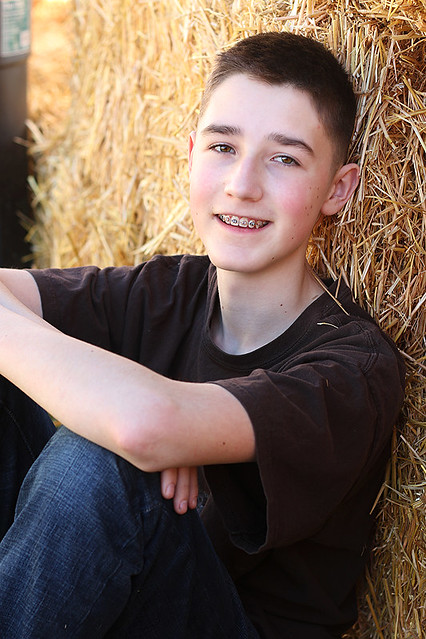 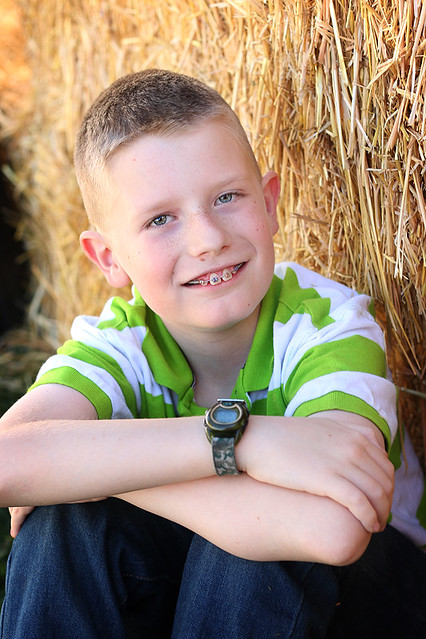 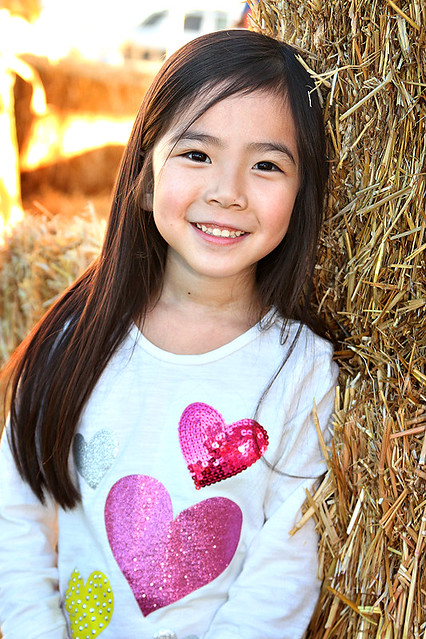 And also, just for fun, here are my halloween themed nails! I haven't posted a nail update in a while! :) 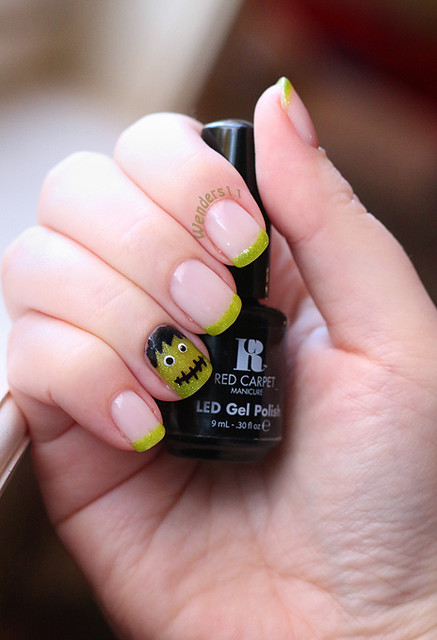