Josh survived his first finals week of high school! It was rough but he survived it and when he came home from his last test today I met him with surprise ice cream to celebrate. Then we waited very impatiently for his grades to be posted. He still has one final that hasn't posted, but it's in a class where his grade is high enough that whatever he gets on the final won't change the grade, so we're calling it. He got straight A's!! He really worked his behind off this semester. This new school is no joke! So I'm really proud of his accomplishments! He did awesome! 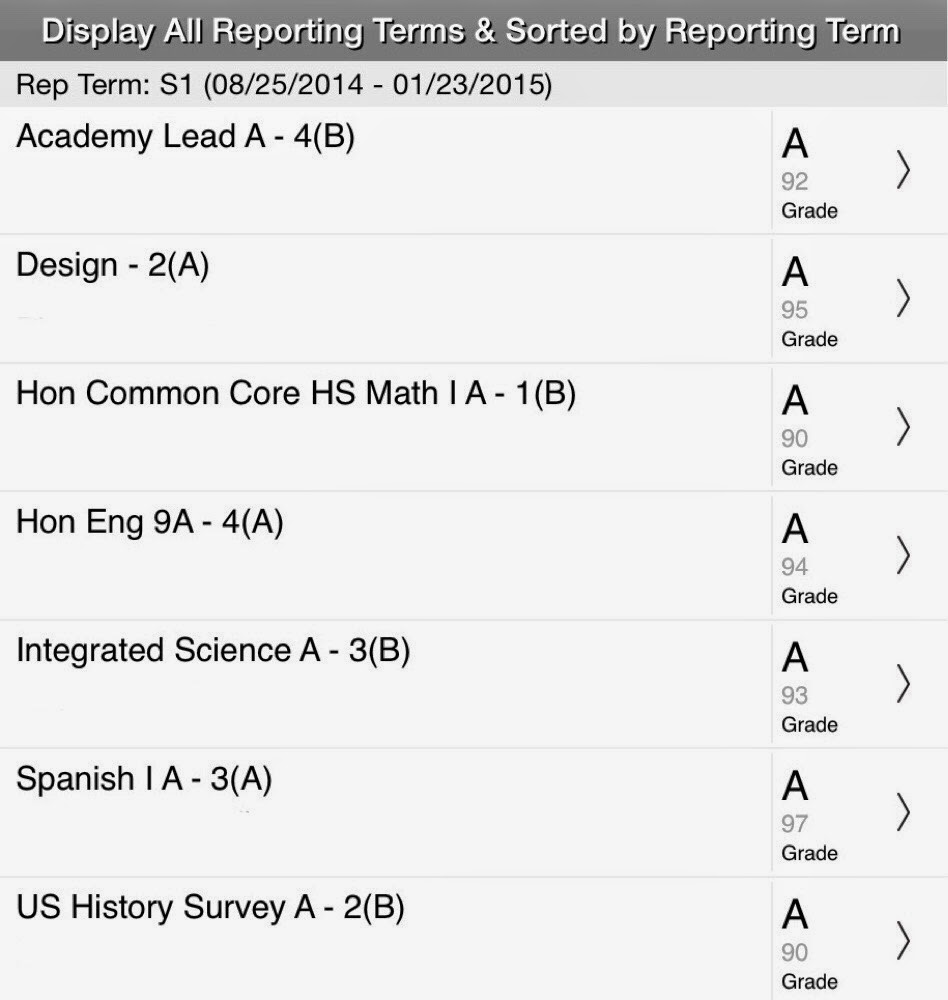 Matthew isn't home from school yet, but it looks like his grades have all posted and he got straight A's too! im so proud of both of them! 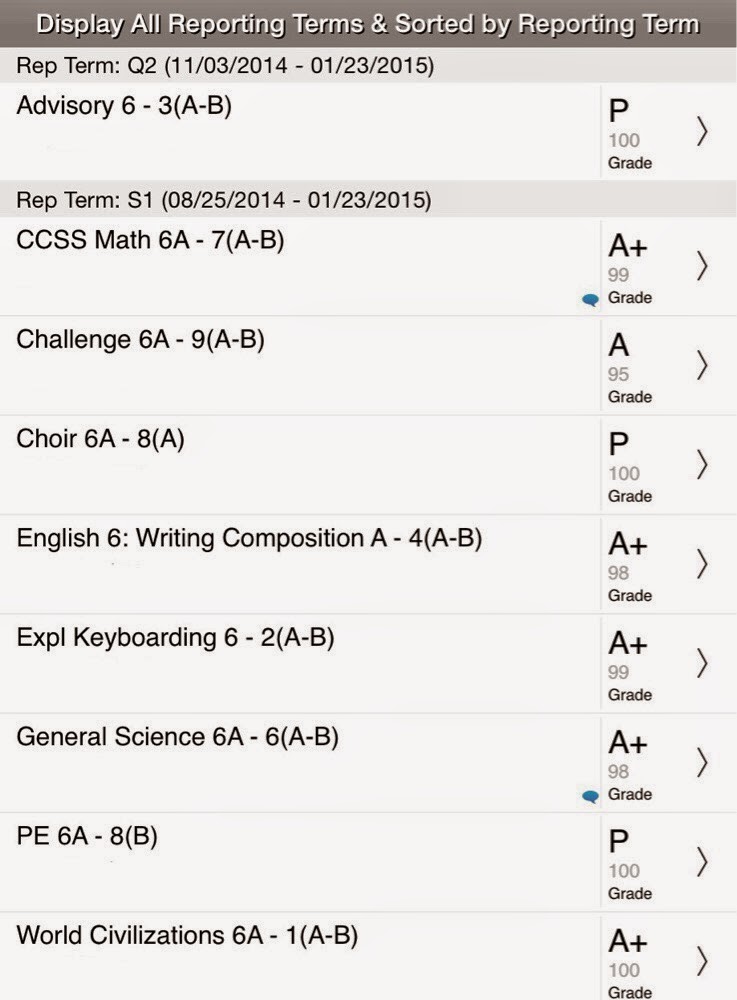 Well, here we are, it's January. If you know me at all, you know January is my least favorite month of the year. It's cold, it's dark and it's long. If I had unlimited funds and no responsibilities, I would fly south every January like a bird and spend it somewhere warm. But unfortunately, my funds are not unlimited and I do have responsibilities, so I will muddle through this January just as I do every year. It has to end eventually, right?

We've been crazy busy lately, and at least that is helping January fly by. The older my kids get the busier we seem to get. The boys are both involved in so many activities and have so much school stuff going on that we always seem to be busy with something. Saturday Matthew had a chess tournament in the morning and piano lessons in the afternoon, so I spent a good amount of my day in the car getting him to where he needed to be and picking him up when it was over.

Then Saturday afternoon Clarissa was playing at a friends house and we decided to take the boys to Into The Woods. I've seen the play twice, but like 20+ years ago, so I was really excited for the movie. And it definitely didn't dissapoint! We all really enjoyed it! Matthew loves musicals and theater and things like that the way that I do, and about a half hour into the movie he leaned over to me and whispered "This is SO good!!". It made me smile. Matthew is the kid I bond with over anything musical or theatrical. We came home and bought the soundtrack to the movie on iTunes and we've been listening to it ever since.

And speaking of Matthew and music, he's still getting ready to accompany the choir for their performance of The Moon next month! His teacher had told him a while ago that if he could play it he could accompany them, but he hadn't actually heard Matthew play it yet and I think he was a bit skeptical that he would actually be able to do it. But after Christmas break he finally called Matthew up in class to give it a try and I think he was surprised that he could actually do it! So it's official, that's happening. His teacher seems really excited about it and Matthew is definitely excited! It's a good thing I like that song, because he practices it a lot. I've heard it about a million times now! His piano teacher is excited that he'll be playing for the choir and is planning to come to his performance, which I thought was really sweet of her. It's the middle of February, I think. I will definitely be recording it. :)

Josh is doing great and keeping really busy. I honestly don't know how that kid does it. I remember my high school years well and I was nowhere near as focused and dedicated as he is. He's really busy with his classes and his after school activities, so I don't see him as much as I used to. This summer is also going to be huge for him. He'll be taking drivers Ed, he wants to take two summer school classes, he's going on a pioneer trek thing with our church and he's going to be doing his Eagle Scout project. So I'm running around these days trying to figure out how and when to get him enrolled in his classes and figure out how to work the rest of our summer plans around all of that. It's only January and our entire summer is booked already. Overbooked, actually. It's going to be a bit crazy.

Clarissa is doing great! She's going to be SIX next month, can you believe it?! Time is flying by so quickly that it's kind of blowing my mind. She's still joined at the hip with her friend Sophia. Her life pretty much revolves around when she gets to play with her next. They're together constantly. They're so cute. It's fun to have a best friend.

And if we're speaking of people who are busy, Shawn wins the award. He recently got asked to serve in a pretty big job in our church (Elders Quorum president, for my LDS friends) and while he was trying to figure all of that out, he got an unexpected promotion at work. He is now the manager of the whole pharmacy.

His pharmacy used to be broken into two parts. When they hired him 11 years ago, he managed the retail part, and then there was another manager that managed a seperate part of the pharmacy, where they had contacts with nursing homes and mental health facilities. Then a few years ago they decided to close the retail part and just focus on their long term care facility contracts. So all the retail people got laid off except for Shawn and they made him a sort of assistant manager in the remaining part of the pharmacy, because they already had a manager back there. So he has kind of had some manager duties over the past few years, but not a lot.

But when he went back to work after his Christmas break last week, he got called in for a meeting and they told him that the current manager has decided to step down. He's getting older and close to retirement and doesn't want to deal with the hassle of being in charge anymore. So the former manager is staying on as a staff pharmacist and Shawn is moving up and taking his place as the new manager. We kind of figured that this would happen eventually, but he didn't see it coming right now. So he is now in a leadership position at church and the leader of the pharmacy and it all kind of happened right at the same time. It's all good stuff, but it's going to keep him really busy and he's a bit overwhelmed at the moment. He has a lot going on right now.

And then there is me. Nothing much changes for me, except for watching the change occur around me. I struggle with that at times, but I've come to accept my role as the family cheerleader, lol. I keep everyone going, I'm the family therapist. I'm the one cheering everyone on from the wings and I'm the one that gives everyone pep talks when they feel overwhelmed. I'm the family secret keeper, appointment scheduler, event planner, shoulder to cry on and advice giver. I solve Josh's girl problems, keep Matthew supplied with sheet music, make sure Clarissa gets plenty of Sophia time and remind Shawn that he's a rockstar when he feels the pressure of being in charge. If you need a cheerleader and a motivational speaker, I'm your woman these days.

So lately I feel like my blog isn't so much about me as it is about everyone around me, but that seems to be my life these days. And I'm OK with that. Someone has to be the calm in the storm.

But one of these Januaries, I'm going to make like a bird and fly south. Maybe even just for a week. I'm going to stick my toes in the sand and feel some sun on my face and escape the cold and the grey of January in Boise. I'm going to do it one year. The mental image of that is what keeps me going through long dark Januaries. One of these years it's going to happen. :)