This morning I picked Josh up from his last day of drivers ed. He got in the car with a grin on his face and a drivers permit in his hand. He passed drivers ed and can now officially drive. Supervised by Shawn or I for the next six months before he can his actual license, but he's now officially on the road!

He has to log at least 50 hours of supervised driving in the next six months, so we decided this morning was as good a time as any to get started, and I let him drive home from drivers ed. I'm not going to lie, it was kind of terrifying! He did fine, but it was SO weird to see him in the drivers seat!!

It was one of those milestone experiences in a kids life that is a little bittersweet for a mom. I'm so excited that he's growing up and doing all these new things, but a little terrified at what this newfound freedom means and a little sad that my little boy isn't a little boy anymore. All these milestones make me want to smile and cry and be proud and feel terrified all at the same time. I wonder if it gets easier with the second and third kid. Probably not.

But I'm proud of Josh his latest milestone. He's a great kid and I'm confident that he'll be a great driver. He looks pretty grown up in that drivers seat!! 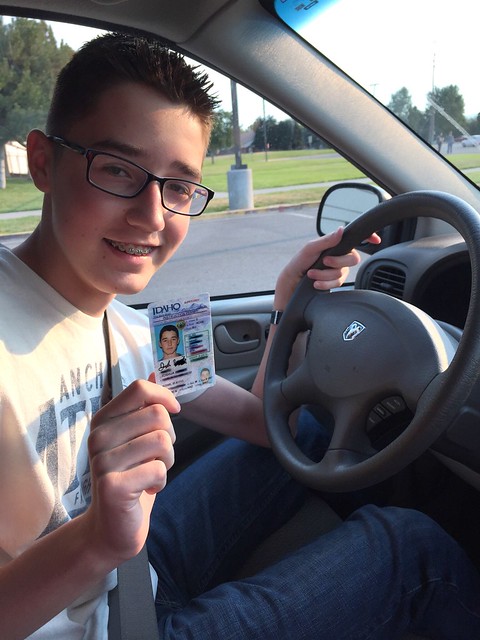