The boys are starting to grow out of the wear a costume and get their picture taken phase (sad!) so we just have Clarissa left to take trick or treating. Matthew did go out this year, but with friends. He's hit that "I wouldn't be caught dead trick or treating with my parents but I kinda still want the candy" age. And Josh got invited to multiple parties tonight, so he spent his evening making the rounds at friends houses.

But Clarissa is still at the perfect trick or treating age and it was a fun night! Every year I think long and hard about her costume. She would love to be a princess every year, but it's like 50 degrees here at the end of October and you can't walk around the neighborhood with a princess dress on without needing a coat over it. So I always spend a lot of time trying to come up with something cute and warm that I can convince her to wear.

And this year was my favorite costume yet! I found what I wanted online, but it was really expensive. So I showed it to a friend of mine who sews (Karen again! What would I do without Karen?) and she was able to replicate it for half the price.

It's an owl costume, and before Clarissa saw it she was sure she wanted to be a princess. And then I showed her a picture of the owl idea and she squealed and said "I WANT TO BE AN OWL!!".

So Karen made it and Clarissa was absolutely thrilled with it. I've had to keep it out of reach for the past couple of weeks so there would be no chance of it getting damaged before the big night. But after tonight it's going with the dress up stuff and I think we're going to be seeing a lot of it! It's SO cute!!

So it was a great holiday and everyone had fun and ate way too much candy. I love Halloween!! 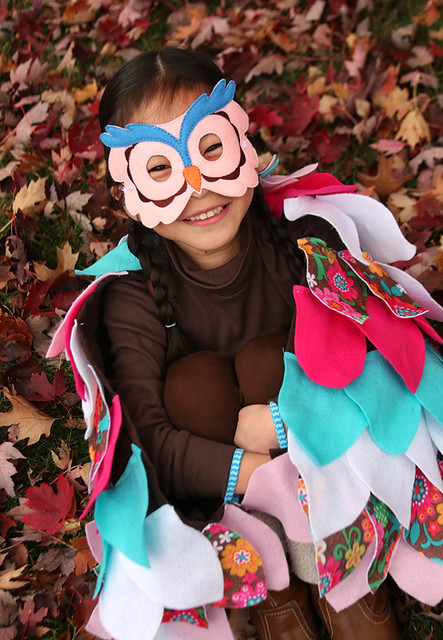 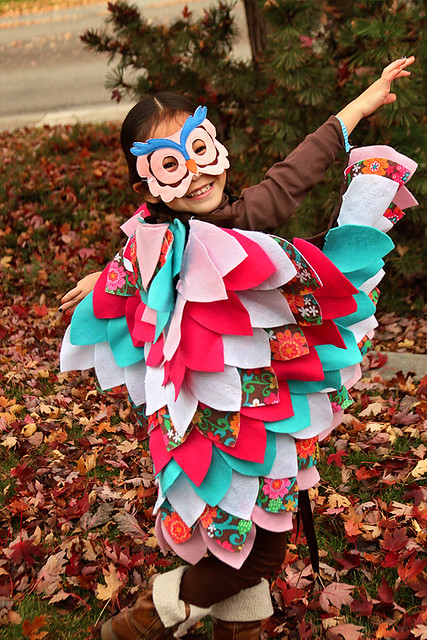 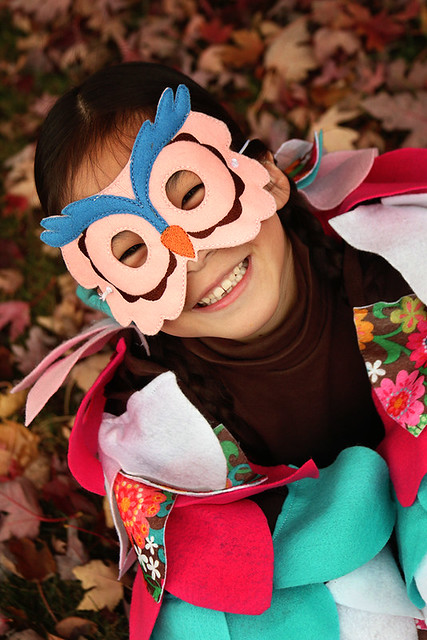