Today was a big day at our house! Both of the boys competed in the National History Day regionals. Matthew wrote a paper and Josh made a documentary. This is the first time they've both competed together in anything, so that was fun!

In the end, Matthews paper didn't win (but I still think it was awesome!!) and Josh's documentary came in 2nd place! That means he's heading to state in April. Yay! We're really rooting for him to make it to nationals, because it just so happens that nationals is in Washington DC the four days in June that Josh will be stuck in Washington DC with nothing to do between his American History trip and his France trip! It's a great documentary, I really think it has a chance to compete. We're keeping our fingers crossed!

Here is Josh after his big win today! 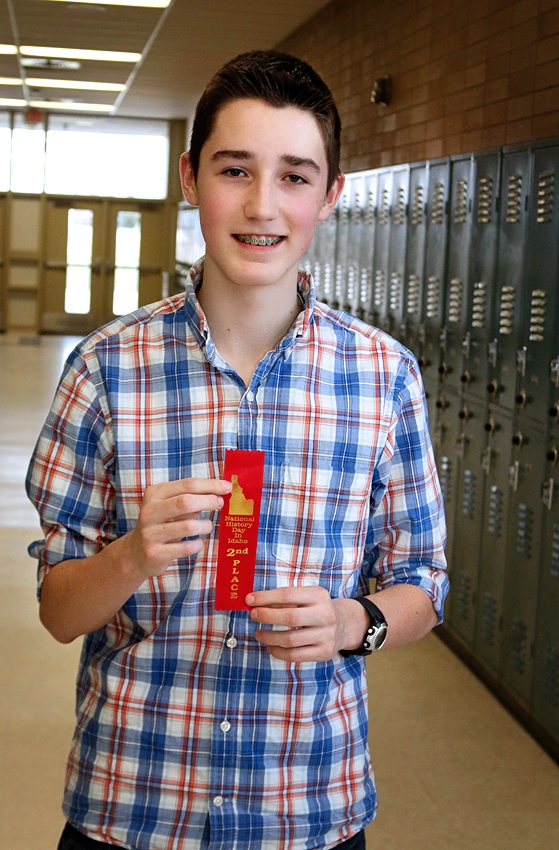